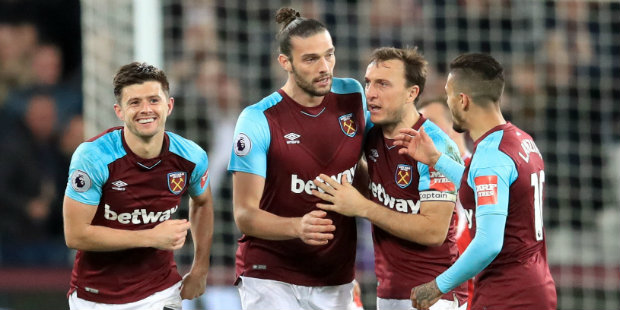 Andy Carroll is on course to return for West Ham after the international break, the Daily Mirror reports.

The striker has not played since May, having suffered a recurrence of an ankle injury during the Hammers’ pre-season visit to Switzerland in July.

He was expected to return from his latest injury setback no sooner than November, but the Mirror say the club now believe he could be available sooner.

Meanwhile. Brentford boss Dean Smith is being touted as a contender to take over at Aston Villa.

Villa are looking for a new manager after sacking Steve Bruce, who was shown the door after a poor start to the season.

Smith, a Villa fan, was initially touted as the favourite to succeed him, having done an excellent job at Griffin Park.

However, his name has since been less prominent amid the speculation over who will take charge.

The Guardian believe Villa are looking to appoint a big name following Bruce’s exit and that Arsenal legend Thierry Henry is in the frame.

The newspaper say Smith “could also come under consideration” but that “it is questionable whether he is the sort of appointment the owners have in mind.”

The Sun declare former Chelsea man John Terry, who played for Villa last season, as the favourite for the job.