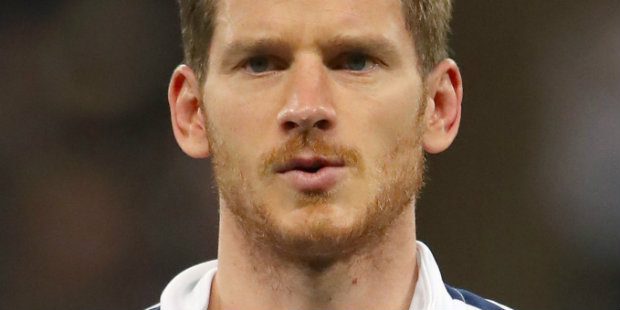 Jan Vertonghen has professed himself a goal-line technology convert after helping to get Tottenham’s Premier League season off to the perfect start.

The Belgium international headed Spurs into the lead at Newcastle on Saturday after running on to fellow defender Davinson Sanchez’s eighth-minute flick-on, although referee Martin Atkinson needed the help of the Goal Decision System to rule that the ball had crossed the line by just 9mm.

Vertonghen told Spurs TV: “I haven’t scored in the Premier League for a while, so I was happy to score.

“Davinson had a great touch with the first header – and there could have been another one later because from the other side, he had a first touch again, but I didn’t make that run again.

“I didn’t expect it to be in at first. The goalkeeper made a great save and I was happy with the technology. I’m not a big fan of technology in football, but now I am!”

In the event, Vertonghen’s contribution did not prove decisive at St James’ Park as Joselu levelled within three minutes, and it took Dele Alli’s 18th-minute back-post header to win it in a lively start on Tyneside.

Even then, the visitors needed a stroke of good fortune as Vertonghen blocked substitute Salomon Rondon’s late effort and saw he rebound come back off the crossbar with Mohamed Diame having already hit the post.

Vertonghen said: “You go a bit blind and you hope for some contact, and I had it. I thought, ‘Okay’, and then everything might have been in slow motion.

“Hugo (Lloris) was standing there in slo-mo and then it hit the bar and it fell the right way for us, so in the end we were a bit lucky.

“They had some good chances, but we were sharp, we responded well and we kept the ball quite well at the end.”