Tottenham face Cristiano Ronaldo’s Real Madrid in the Champions League on Tuesday for the first of two group games.

And while Ronaldo will be an obvious threat for the visitors this week, statistics suggest Spurs and England striker Harry Kane is even more lethal in front of goal.

Using stats from Opta, fantasy football game Oulala.com looked at the goalscoring records of both players.

Kane and Portugal star Ronaldo have each scored a total of 43 goals for their clubs and national teams in 2017 – but Kane has played fewer matches.

Ronaldo has also netted more goals for his national team (11) in the calendar year compared to the England striker (7).

Kane, though, has outperformed Ronaldo in both their respective domestic leagues and cups in 2017. 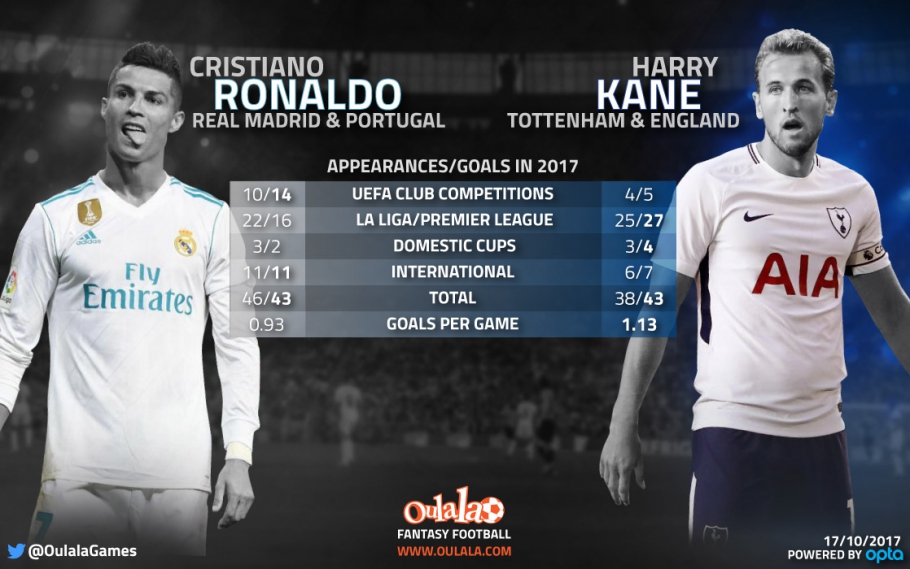 The 24-year-old has scored 27 goals in 25 Premier League appearances since the turn of the year compared to Ronaldo’s 16 goals in 22 La Liga appearances.