Mauricio Pochettino insists there are no hard feelings as he prepares to go head-to-head with the man who ended his playing career.

Pochettino was 34 and still playing for his beloved Espanyol when Ernesto Valverde was named manager and decided he was surplus to requirements.

The pair will be side by side on the touchline when Valverde’s Barcelona arrive at Wembley to face Pochettino’s Tottenham in the Champions League, but the Argentinian says it will not be an awkward encounter.

“That day it was difficult to understand his position, but I talked to him in pre-season, when we played Barcelona in Los Angeles, and I completely understand,” said Pochettino.

“He arrived at Espanyol at not a good time for me. I could not see it at the time – but I can now.

“In football you are protected by this bubble and then, when somebody shows you the reality, it can surprise you.

“These things show you that situations in life and in football change very quickly and, when one door closes, many others open.

“I never wanted to be the victim and I am now going to face the coach who gave me the opportunity to become a coach.”

Harry Kane, meanwhile, is desperate to outshine Lionel Messi at Wembley – and then start chasing the Barcelona superstar’s records. 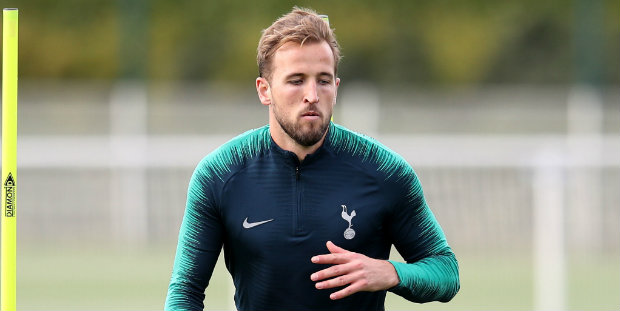 Messi has already hit eight goals this term to add to the 500-plus he has scored during an illustrious career with the Spanish giants.

Spurs striker Kane has some way to go to match Messi’s phenomenal numbers, but the 25-year-old England captain is certainly not lacking in ambition.

“He set the standard, he and Cristiano Ronaldo have gone above the normal standard, when they are scoring 50 or 60 goals a season,” said Kane.

“As a striker I want to try and match that. He’s definitely set the standard for the rest of us and he still is.

“It motivates me to get even better and improve and hopefully one day score as many, if not more, than he has.”