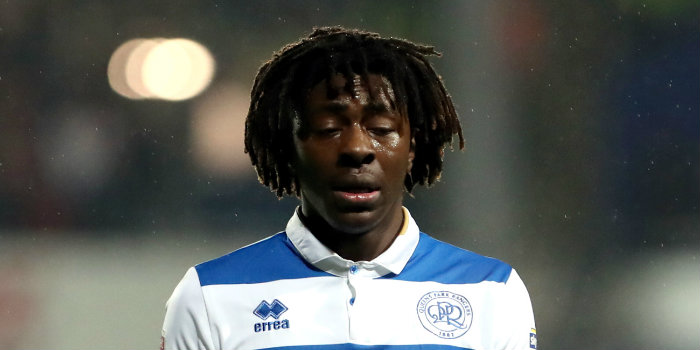 In recent years, the Championship has provided a platform for up-and-coming players seeking to make their way to the Premier League. After James Maddison proved that second-tier talents can thrive when given the opportunity in the pinnacle of English football, attentions have been turned to finding the Championship’s next breakthrough talent. So, let’s take a look at Eberechi Eze and consider how he could be the missing piece for numerous London-based sides.

As the Premier League season nears its conclusion, speculation will soon start to gather pace regarding potential summer transfers. Of those from the Championship, Eze is likely to tempting option for a number of top-flight clubs, including Crystal Palace and West Ham United. Back in March, QPR’s director of football Les Ferdinand, confirmed that Roy Hodgson’s team had made an enquiry for the playmaker in the most recent January window. Additionally, the Hammers have also seemingly set their sights on the 22-year-old, if reports are to be believed.

Even though he doesn’t have any Premier League experience under his belt, Eze’s creativity could undoubtedly be a catalyst in transforming the goalscoring fortunes of both Palace and West Ham. As of July 1st, the Hammers are 2/1 to be relegated with Premier League betting come the end of the 2019-20 season, which showcases their season-long inconsistencies in front of goal. Palace, on the other hand, also need a spark in order to find a more ruthless streak in front of goal, with Luka Milivojevic being the club’s second top scorer with three goals.

Standing Out in the Championship

Over the course of his career, Eze found himself playing for a wide array of different clubs at youth level, before eventually making the move to Loftus Road in July 2017. Since then, the 22-year-old has continued to improve upon being given first-team opportunities. Throughout the 2019-20 campaign, the Greenwich-born playmaker has reached new heights, scoring 12 goals in 40 matches. Moreover, the five-foot-eight midfielder has also contributed eight assists, as per his profile at WhoScored. Rather impressively, and at the time of writing, Eze boasts a minutes-per-game record of 295, which is only marginally more than Chelsea-linked Said Benrahma.

Furthermore, aside from his goalscoring prowess, the 22-year-old has also proved his versatility over the course of the season. Despite typically being an attacking midfielder, Eze has found himself deployed on the left by Mark Warburton on a regular basis. Intriguingly, this has proved to be a highly effective tactical alteration. According to Transfermarkt, the former Arsenal youth academy player has played 17 matches from the left. By comparison, he has featured 23 times from central areas thus far in the campaign.

The Potential to Make the Step Up

Ultimately, few can argue that Eze hasn’t proved himself worthy of being given an opportunity in the Premier League. While many sides will be chasing his signature, the top-flight London-based clubs appear most in need of the 22-year-old. Although he’s likely to cost in the region of £20 million, that’s a small price to pay for someone with a consistent eye for goal.