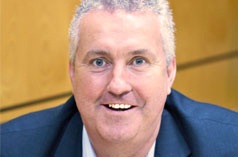 Spurs have only won one of their last four games against the Hammers at White Hart Lane but Mauricio Pochettino’s men really need to get back to winning ways given they are on their longest winless run – seven games; two losses and five draws – since May 2004.

The inconsistent Irons were excellent at Crystal Palace but dreadful at Everton and if they turn up in the same form they are likely to be swept away.

Christian Eriksen has symbolised Spurs’ season to date; he started off well but the Dane has failed to find the back of the net with his last 61 attempts at goal and he is reported to be struggling with a hip injury.

Harry Kane is set to lead the Spurs attack and is 17/5 to score the opener and 10/11 to find the back of the Hammers net.

Michael Antonio scored the winner the last time the sides met and he is 4/1 to find the net this time around.

Meanwhile, Arsenal face Manchester United at Old Trafford, where recent history will be on the hosts’ side.

United have only lost one of their last 10 league games against the Gunners and boss Jose Mourinho has never lost a Premier League match against Arsenal, winning five and drawing six of his 11 league meetings.

Wayne Rooney scored his first ever league goal, his first in the league for United and his 100th league goal against Arsenal.

The United skipper is just two goals shy of Sir Bobby Charlton’s record of 249 goals for the club and is 6/1 to open the scoring, 2/1 to find the back of the Gunners net and 10/1 to score two or more.

Arsenal boss Arsene Wenger’s only win in 15 previous encounters with Mourinho came in the 2015 Community Shield but I think this is an ideal time to buck that trend.

Chelsea travel to the Riverside Stadium on Sunday looking to improve on an already excellent recent record against Middlesbrough.

The Blues have won their last five games against Boro in the Premier League and have not conceded a goal in any of those games.

Eden Hazard limped out of Belgium’s World Cup qualifier but is optimistic of being available for Sunday’s game.

Hazard is 5/1 to score first, behind Diego Costa, another injury doubt, who is 10/3 to find the back of the net first.

For all the latest odds, check out www.betvictor.com

Have a good weekend everyone.