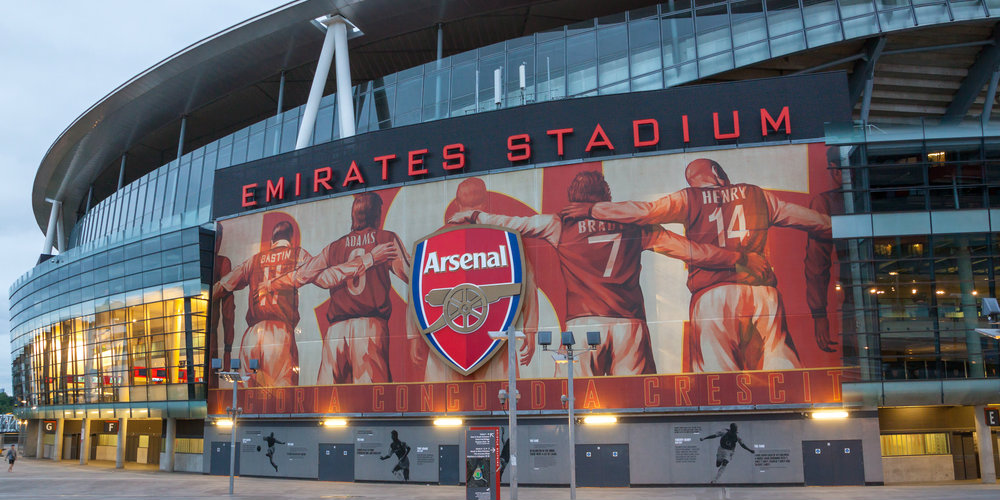 After missing out on the three major European competitions last season, Arsenal is back in the UEFA Europa League competition. Even though this is not where they would have wanted to end up, it is an upgrade for the team, considering how the one before last season ended. They now have a good chance to compete for European glory.

They are currently one of the favorites to win, and like the top teams with favorite NFL odds, Arsenal has one of the lowest odds in the list of teams that can win the competition. In that case, Areta and Arsenal need to find a way to improve the team. Therefore, they have to look to the market for some incredible players.

The team is already packed in the creative areas, with Odegaard, Smith Rowe, and Saka leading the fray. Eddie Nketiah also showed glimpses of how good he can get leading the line and with good chances. Therefore, Arteta only needs to ensure the defensive side of things is better and there is more experience in the attack.

With Lacazette gone, Arsenal needs a striker to replace the veteran, and they have some options lined up. Since losing Lacazette, the team already signed a midfielder from Porto to strengthen the middle of the pack. Aside from the new signing and the ones already playing for the team, below are four players we think can join the Arsenal set up for the 2022/2023 Premier League season.

One of Arsenal’s and Arteta’s top transfer targets is Youri Tielemans. Even though he is a midfielder and would likely play a more central role, Tielemans has the push the team needs. He can pair with Xhaka or Partey to give the team another creative outlet. Therefore, it would be hard for the team to stop the attack.

Tielemans has long-range shorts and can enter spaces easily. He can find passes in tight spaces, and his hold-up play will help the team demolish others. So, undoubtedly, Arsenal adding a PL-proven midfielder that has played on the world stage would bring experience, grit, and other top-notch attributes to the team.

The Belgian is entering his peak years and still has much to offer. Therefore, adding him to the team would improve the players and the coach. So, we believe Arsenal will push for the signature of Tielemans before the end of the summer transfer window.

Arteta’s top target for this transfer window is Gabriel Jesus, and we can’t blame him because Jesus brings so much to a team, given the team’s numerous creative outlets already have. With Jesus, Artea can pair him with Nketiah up front with Smith Rowe or Odegaard sitting behind. Or, he can go for a 3-man attack, with Saka on the right, Jesus on the Left, and Nketiah central.

Jesus going to Arsenal would help a lot, and he can play with Gabriel Martinelli up front, who is also a budding striker. Jesus brings so much to the time. He already has multiple PL titles in his CV and worked with Arteta while he was assistant manager at Manchester City.

Undoubtedly, we would want to see how the player would fit into the team, thanks to his versatility and eye for goal. He might not have been trusted with Pep Guardiola in recent years. Jesus is a solid player that would do well under Arteta with the crops of players they have now.

With Leeds safe after a heavy relegation battle last season, Raphinha might want to stay another season. However, it would take some convincing to get him to stay with the different interests of top teams, including Arsenal. We know Arsenal already has Pepe and Saka that can play on the left, but Saka can move to a more central role, giving him the freedom to move around.

In addition to that, Pepe hasn’t shown that he is Premier League material as he has failed to improve or light up the league. Therefore, it is time for the team to move on and find a natural right-winger, and who better than the Brazilian Leeds star, Raphinha? So, he is one name we won’t be shocked to see on the squad list for Arsenal next season.

It might just be a rumor, but Aouar would be an insane addition to the central midfielder, given his top-notch passing abilities and hold-up play. He can also switch to the attacking midfield if the team wants to increase the attack from the middle of the park. His talent is everything that would fit into Arteta’s tactics.

However, with Arsenal eyeing Youri Tielemans, we don’t see the team bringing in two midfielders with similar abilities and playing styles. So, it will most likely be Tielemans or Aouar joining the Gunners next season.