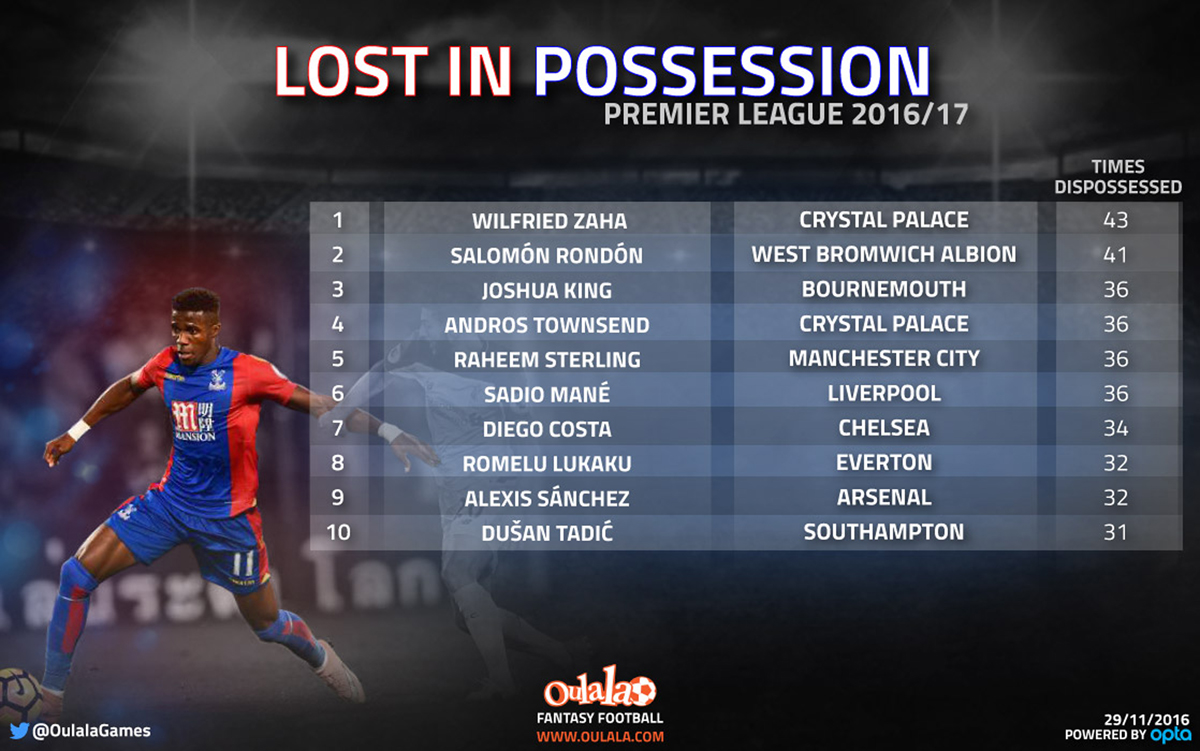 Wilfried Zaha and Andros Townsend both like taking on full-backs, but stats show the Crystal Palace pair are among the most-tackled players in the Premier League.

Daily fantasy football game Oulala.com, together with number-crunchers Opta, have produced a list of the 10 players who have been robbed of the ball most often this season – and Chelsea’s Diego Costa and Arsenal’s Alexis Sanchez also feature.

Zaha is top of the pile, having been dispossessed 43 times in just 12 appearances, an average of 3.6 times per game, just ahead of West Brom’s Salomon Rondon.

Townsend is joint-third, losing out 36 times in 13 appearances – he is in some exalted company alongside Harlesden-raised Raheem Sterling, Liverpool’s Sadio Mane and Bournemouth striker Joshua King.

Costa ranks as the seventh most dispossessed player in the Premier League, losing the ball 34 times in 13 appearances.

One place below him is Sanchez, relinquishing possession on 32 occasions in 13 games, alongside ex-Chelsea forward Romelu Lukaku.

But it’s the inclusion of Zaha – who this week switched international allegiance from England to Ivory Coast – and Townsend that will most concern Palace fans, and their under-pressure boss Alan Pardew, who will want a greater end product from both players.