Mason Mount and N’Golo Kante seem certain to return as Chelsea take on a relentlessly energetic Leeds United side on Saturday lunchtime.

The duo were rested for Monday’s impressive 2-0 victory over Everton but it would be a major shock if boss Thomas Tuchel does not call on them for their extra dynamism in midfield for the trip to take on Marcelo Bielsa’s side at Elland Road.

Jorginho could well be the man to miss out in one of the “double-six” roles, with Mateo Kovacic the favourite to partner Kante.

Mount’s recall would mean just two places up for grabs in the attacking three. Timo Werner looks a likely starter so Kai Havertz and Mason Mount are the strongest candidates to fill the other roles.

Hakim Ziyech and Christian Pulisic are also pushing for a start, and although down the pecking order, the extra pace of Pulisic could see the American given a first full league appearance under Tuchel.

In defence, Thiago Silva’s absence because of a thigh injury means Andreas Christensen should retain his place – a decision that was likely anyway given the Dane’s majestic form. Antonio Rudiger is set to come back in, having been rested for the win over the Toffees.

The wing-back roles could see Hudson-Odoi replace Reece James to give the latter a break, while Ben Chilwell comes into the reckoning because of his extra speed – despite an excellent midweek performance by Marcos Alonso. 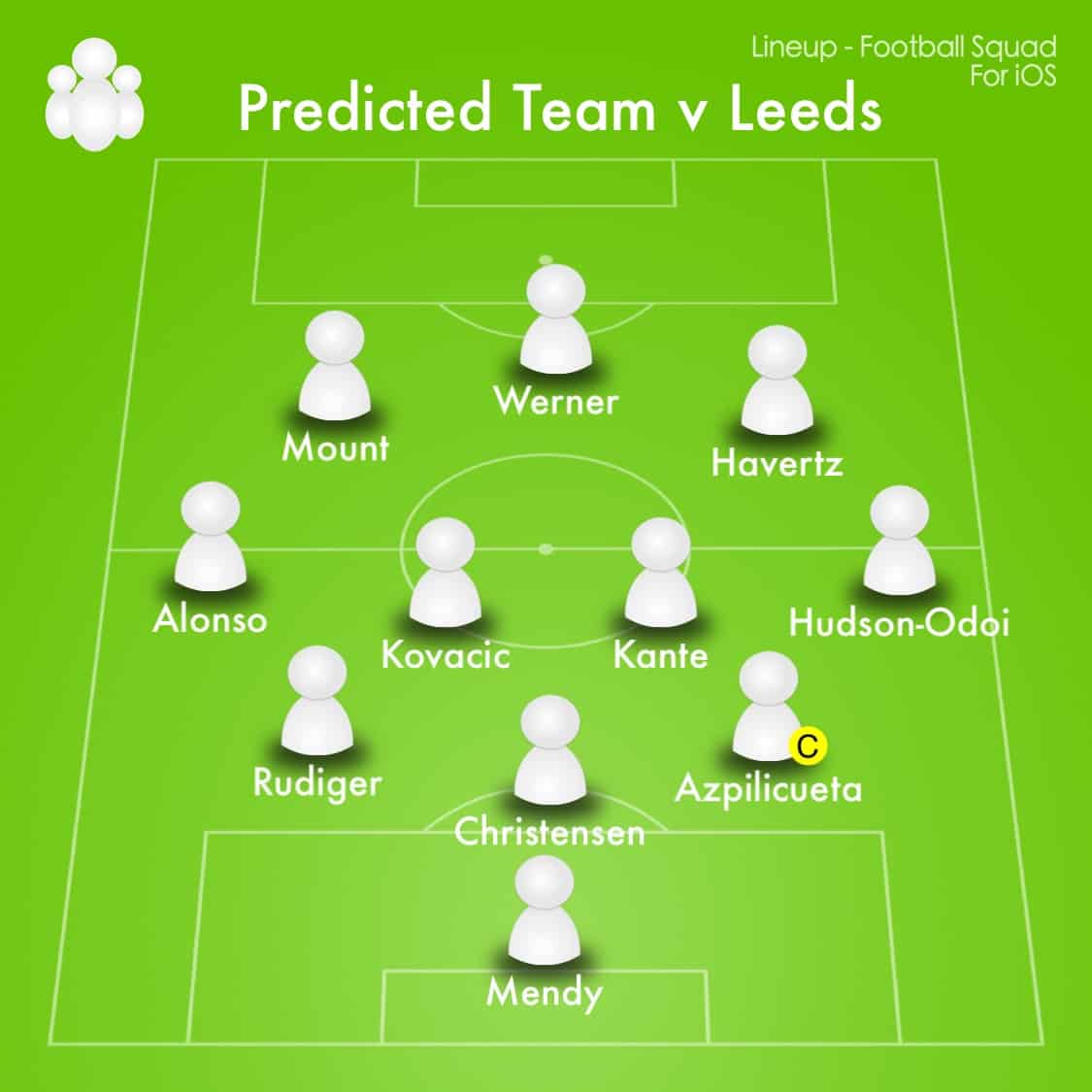