“I just don’t know if they’re quite full there yet. I do always go back to the absence of Santi Cazorla. When he isn’t playing, they’re not quite the same side,” Nevin said.

Since joining the club in 2012, Cazorla has played a total of 129 league games over the past five seasons and has been absent for 45.

Oulala.com checked out the stats to see how Arsenal have fared with and without the midfielder in the Premier League since he joined the club – and the data shows his influence isn’t as great as many, including Nevin, think. 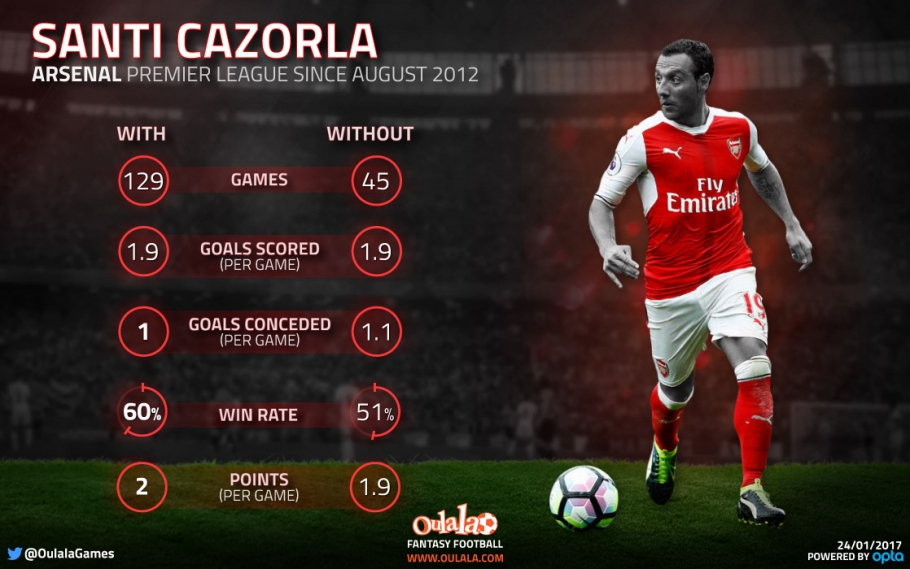 But while the Gunners win more games with Cazorla, other stats show Arsenal fare just as well without him.

Defensively, the Gunners have conceded 123 goals with Cazorla (one goal per game) compared to just 0.1 more per match without him (50 goals in 45 games).