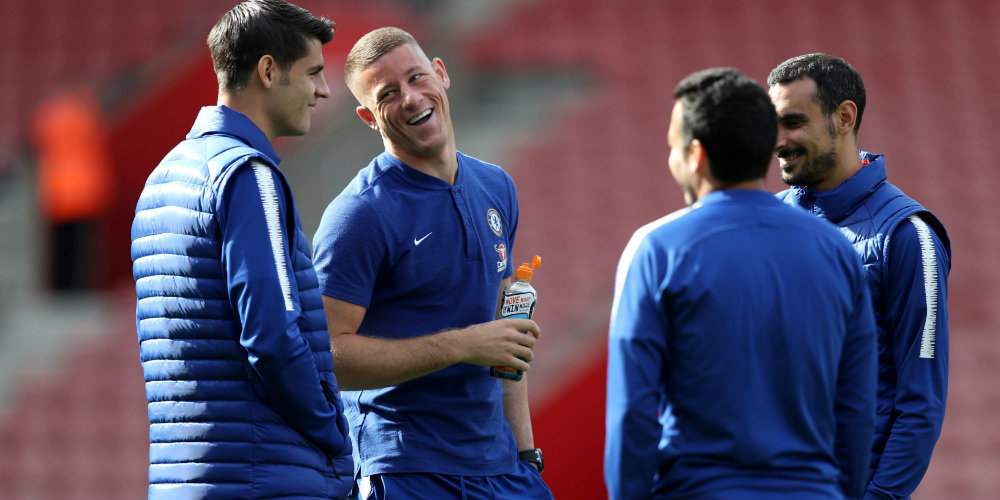 English players’ involvement in the Premier League has improved slightly as this season has progressed but remains below a third of total playing time – and Chelsea and Arsenal still trail other clubs in terms of selecting English talent.

National team manager Gareth Southgate has repeatedly voiced his concern over England’s shrinking player pool and only 32 per cent of Premier League minutes this season have gone to players eligible to represent the Three Lions.

Having previously suggested he may have to dip into the Championship, Southgate has called on Borussia Dortmund’s Jadon Sancho in his squad to face Croatia and Spain as top-level domestic opportunities remain limited.

Chelsea are unbeaten and level on points at the top, while Arsenal have won their last six league games and nine in all competitions – but both languish below the five per cent mark having used only three English players apiece.

Blues midfielder Ross Barkley has provided a bright spot for England, featuring in seven of his side’s eight games and starting three.

Ruben Loftus-Cheek (35 minutes) and Gary Cahill (22) are the only other English players used by Sarri this season while for Arsenal, Rob Holding has played 232 minutes, Danny Welbeck 120 and Ainsley Maitland-Niles 34.

Burnley comfortably lead the way with almost 70 per cent of their playing time going to English players.