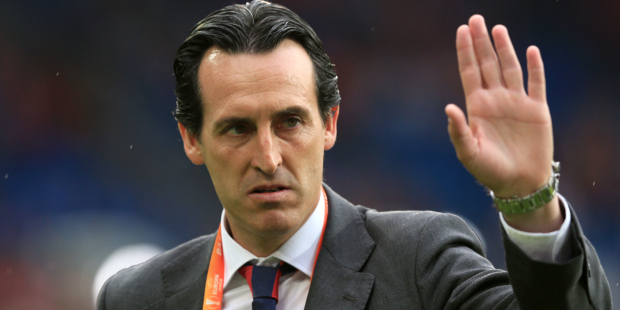 The newspaper say Arsenal will need to curb their wage bill after making several summer signings and handing out new contracts.

Bernd Leno, Sokratis, Matteo Guendouzi, Lucas Torreira and Stefan Lichtsteiner were brought in and there were new deals for Mesut Ozil, Granit Xhaka and Ainsley Maitland-Niles which have further increased a wage bill.

The signings of Pierre-Emerick Aubameyang and Henrikh Mkhitaryan last January also contributed to swelling the wage bill at the Emirates Stadium.

Meanwhile, Tottenham’s new stadium will not be ready before November, The Times say.

It comes after Spurs released a statement admitting that the stadium will not be ready for September.

The Times say the club might have to play all their home Champions League group matches at Wembley.

There continues to be speculation over the future of Danny Drinkwater.

The midfielder has failed to establish himself as a first-team player at Chelsea since arriving from Leicester last year and was linked with a number of clubs – including Leicester – prior to the English transfer window closing.

The Daily Star say Chelsea are willing to let him leave before the end of the month and that German club Schalke could be interested.

The transfer window remains open in other parts of Europe until 31 August and Premier League players can therefore still be sold or loaned to clubs on the Continent until then.

And the Daily Telegraph reports that Chelsea boss Maurizio Sarri has abandoned some of the rules imposed by his predecessor Antonio Conte.

The Telegraph reports that Sarri has relaxed rules on nutrition and ended the practice of the squad staying together at the Chelsea Harbour hotel on nights before they have an evening game at Stamford Bridge the following day.