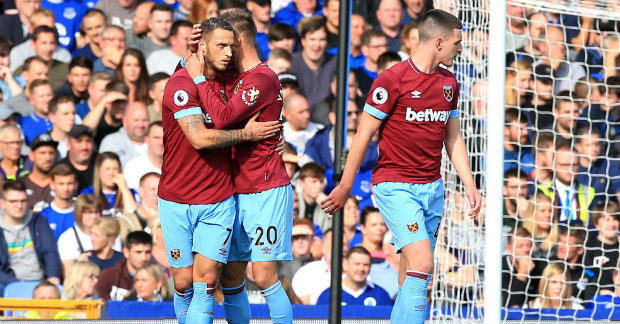 Andriy Yarmolenko starred on his full Premier League debut with two goals as West Ham claimed their first points of the season in a 3-1 win at Everton.

The Hammers had previously scored just twice in their opening four matches, but matched that in just over half-an-hour at Goodison Park thanks to the £17.5million summer signing and former Toffees target.

West Ham great Trevor Brooking had pleaded for boss Manuel Pellegrini, celebrating his 65th birthday, to be given time and, with Chelsea, Manchester United and Tottenham three of their next four league opponents, it will be needed.

But this result eased the pressure and, despite the optimism surrounding Silva’s arrival in the summer, puts West Ham just three points behind Everton, despite starting with four successive defeats.

The hosts had most of the possession in the opening half-hour but created little and then conceded from the visitors’ first threat. 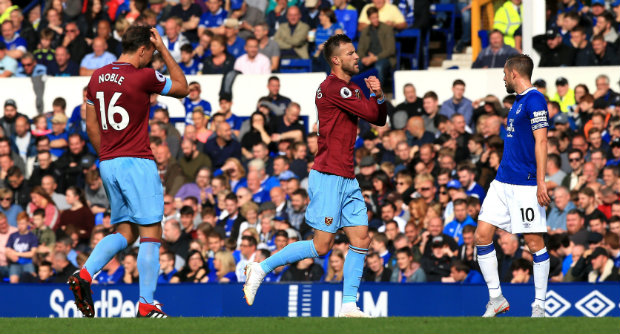 Cenk Tosun lost the ball inside West Ham’s half and it was quickly played over the top to release Arnautovic on the counter-attack and he squared for the unmarked Yarmolenko to fire home.

It was the 16th match in succession, dating back to November 2017, a Silva team had failed to keep a clean sheet.

Issa Diop’s weak connection from Mark Noble’s near-post free-kick meant West Ham failed to double their lead, but the most Everton could offer in response was a weak Tosun header straight at Lukasz Fabianski.

Despite Everton deploying two holding midfielders, the Hammers were now controlling the central area and, although Pickford’s distribution error contributed to the second goal, it had more to do with Yarmolekno’s quality. 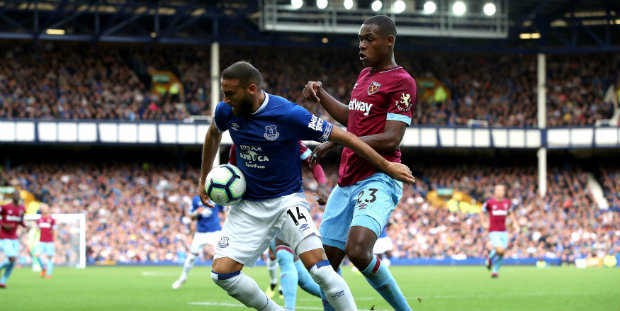 The England goalkeeper’s throw was short of Lucas Digne and Mark Noble nipped in to present the Ukraine international with the opportunity.

Cutting in from the right he shaped to shoot, delayed and then curled a left-footed strike inside the far post.

Everton’s response was unconvincing as, although Theo Walcott’s ambitious first-time volley from the corner of the penalty area forced Fabianski to tip over, Tosun shot straight at goalkeeper when he had better options around him.

Arthur Masuaku escaped with a yellow card for a high challenge which caught Walcott on the back of his neck before Silva made his bold 44th-minute change, swapping Morgan Schneiderlin, who was playing despite the recent death of his father, and sending on winger Bernard.

It meant Sigurdsson dropped into a deeper midfield role and from there he charged on to Jonjoe Kenny’s cross to head in his first league goal since February.

Fitness issues meant Bernard had played just five minutes since his arrival on a free after leaving Shakhtar Donetsk, but he appeared to have changed the complexion of the game as Everton were a different side after the break.

However, they conceded their ninth goal in five matches when Pedro Obiang broke into the box to combine for Arnautovic to slide home and lift the Hammers out of the bottom three.