Marko Arnautovic has received much praise for his performances for West Ham – and statistics highlight just how impressive he has been for David Moyes’ side.

In fact, he has been more influential for the Hammers since Moyes’ appointment than Dimitri Payet was in 2015/16, analysis from daily fantasy football game Oulala.com shows.

Even at the peak of his powers, Payet’s Premier League stats are no match for Arnautovic’s in recent weeks.

Since Moyes’ first game in charge, stats show Arnautovic has not only topped Payet for dribbling and shooting, he has been directly involved in goals far more often. 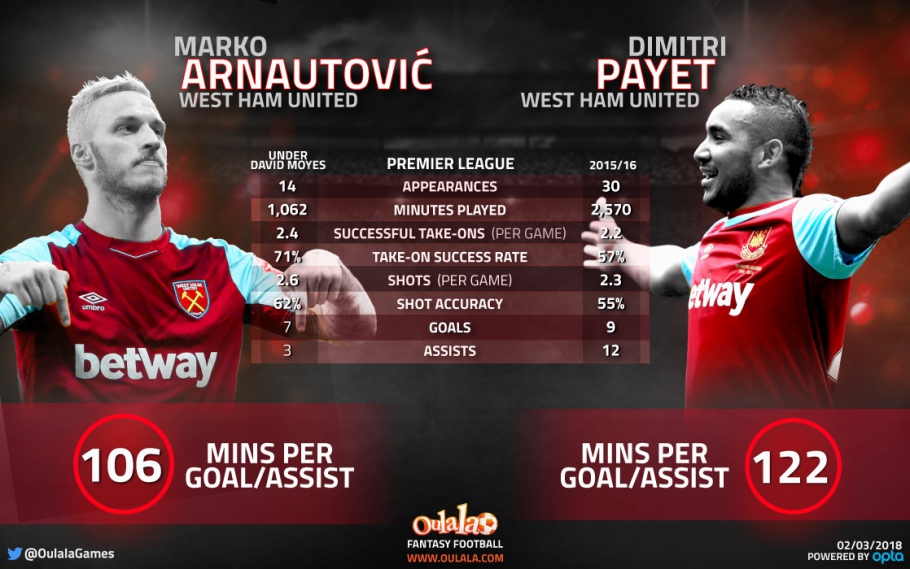 In his 14 league appearances under Moyes, the Austrian has averaged a goal or an assist every 106 minutes.

Payet’s form of course earned him a nomination for the PFA Player of the Year award. Could in 2016 Arnautovic follow suit if he maintains his current form.