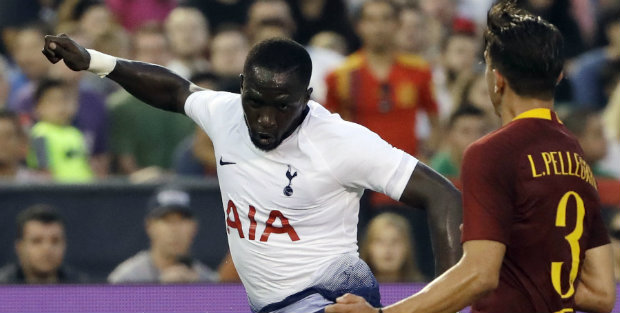 Reports in the player’s native France have claimed that the Turkish club are attempting to push through a deal to sign him on loan.

Sissoko, 29, has failed to impress since a big-money move to Spurs from Newcastle.

However, Fenerbahce have insisted that reports they are looking to snap him up are wide of the mark.

They say no contact has been made with Spurs or Sissoko about a potential deal.

In a statement issued on Tuesday, the club insisted: “The news that we are attempting to transfer Moussa Sissoko.… does not reflect the truth.

“Regarding a transfer of Moussa Sissoko to our club, there has been no contact with the player, the manager or the club.”

Tottenham manager Mauricio Pochettino has indicated that fringe players will be allowed to leave ahead of this month’s deadline.

The transfer window is closed in England but remains open elsewhere, meaning Premier League players can still be loaned or sold to clubs abroad.

But Sissoko looks like he is staying with Spurs for the time being at least.

He was the club’s joint-record signing when he arrived in 2016, but he has struggled for form and was not involved in the matchday squad for Monday’s 3-0 win at Manchester United.

He has made only 24 Premier League starts since his move from the Magpies.