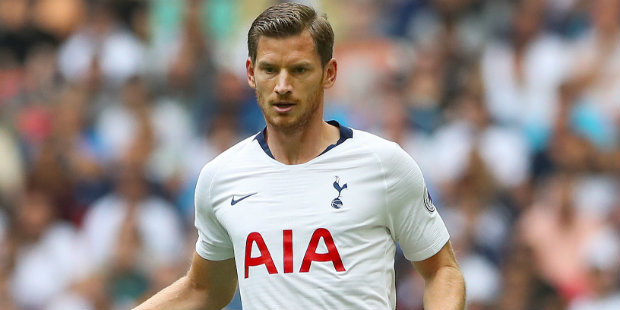 Jan Vertonghen is out until at least December with a hamstring injury, Tottenham have confirmed.

The defender was injured in the Premier League win at Huddersfield earlier this month.

Spurs announced on the club’s website: “Jan Vertonghen sustained a hamstring injury against Hudderfield Town on 29 September, which has been monitored closely over the past 12 days.

“Further investigation has shown a good initial response to rehabilitation.

“The Belgium international defender will now continue his recovery with a view to returning to full training by December.

Meanwhile, Danny Rose has pulled out of the England squad through injury, the Football Association has announced.

Gareth Southgate’s side travel a tough Nations League double-header this month, kicking off at Croatia on Friday before heading to Spain.

Rose and Alex McCarthy missed the first training session as a precaution, but the Tottenham left-back and Southampton goalkeeper have now withdrawn from the squad

“Having arrived in camp with minor injuries, @Alex_Macca23 and Danny Rose have now returned to their clubs and won’t feature in this month’s game,” said the post on England’s Twitter account.

Having arrived in camp with minor injuries, @Alex_Macca23 and Danny Rose have now returned to their clubs and won’t feature in this month’s games.#threelions pic.twitter.com/wufZtNakjB