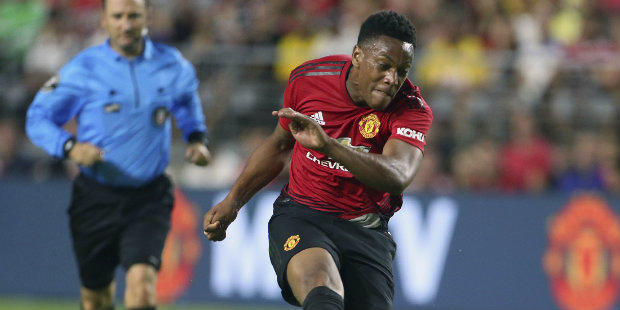 Tottenham and Arsenal are again being linked with Manchester United forward Anthony Martial.

The Frenchman was linked with both north London clubs during the summer transfer window amid speculation about his future at Old Trafford.

The Daily Express say United boss Jose Mourinho has lost patience with the 22-year-old and suggest a move could happen in January.

There also continues to be speculation over the future of Aaron Ramsey, who has less than a year remaining on his Arsenal contract.

The Sun say AC Milan are interested in the Welsh midfielder and that a move could happen if Gunners chief executive Ivan Gazidis accepts the offer of a role at the Italian club.

Meanwhile, the Daily Mail say Hugo Lloris is set to return to the Tottenham side for their game against Liverpool despite being fined for drink-driving.

And John Terry is being linked with a possible return to Chelsea in a coaching role.

It comes after the Blues legend rejected a move to Spartak Moscow, having decided it would not be in his family’s interests.

The Sun say the former Chelsea and England captain could opt to return to Stamford Bridge in a coaching capacity.

He has also been linked with a return to Aston Villa, where he spent last season.