Christian Eriksen was on fire in the Premier League’s opening weekend, creating both goals in Tottenham’s 2-0 win over Newcastle United on Sunday.

But not only was the Dane red-hot at St. James’ Park, he has also registered 30 assists since the start of the 2015-16 season – two more than any other player.

They also show that the Spurs midfielder has created more goals (12) than any player in Europe’s top five leagues – Premier League, La Liga, Bundesliga, Serie A and Ligue 1 – in 2017. 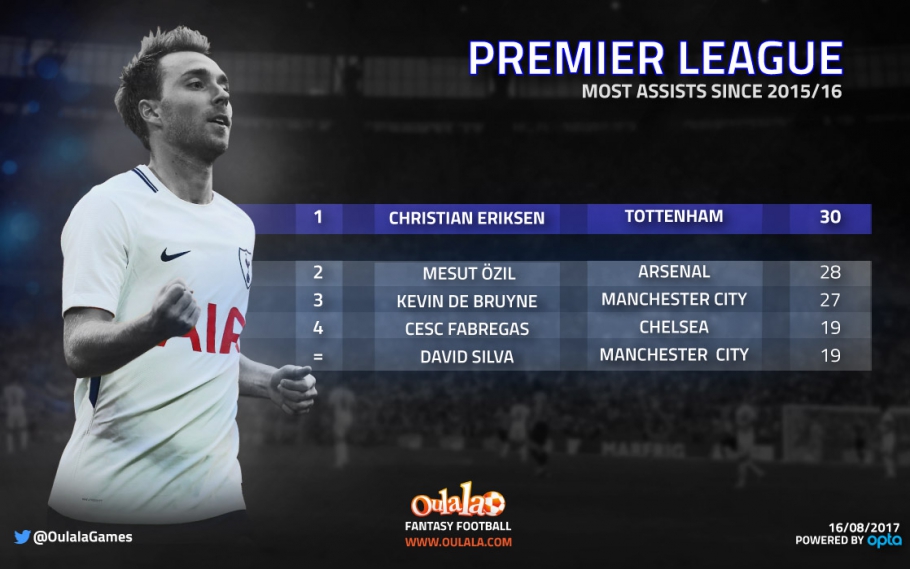 Eriksen was one of just three players to bag two assists in the Premier League last weekend, along with Arsenal’s Granit Xhaka and Manchester United’s Henrikh Mkhitaryan.

Additionally, Eriksen made the most key passes (three) and registered the most shots on target (three) against Newcastle, making him not just the most creative player on the pitch but also the biggest goal threat.

Tottenham face Chelsea at Wembley this weekend, a side Eriksen has a very healthy record against. In nine appearances when facing the Blues, the Dane has recorded five assists and one goal.