It’s not a happy Monday for Tottenham fans after their defeat by Arsenal in the north London derby.

They may still be a point and two places ahead of their rivals, but they were cut further adrift from leaders Manchester City – while victories for Chelsea, Manchester United and Liverpool tightened the top five.

Even Burnley are only a point behind Spurs following their latest win.

Using data from number crunchers Opta, they analysed how Spurs have fared in seven key attacking areas over the last three seasons on a per game basis.

And the results are conclusive – Mauricio Pochettino’s side are down in every single criteria this season compared to their two previous campaigns. 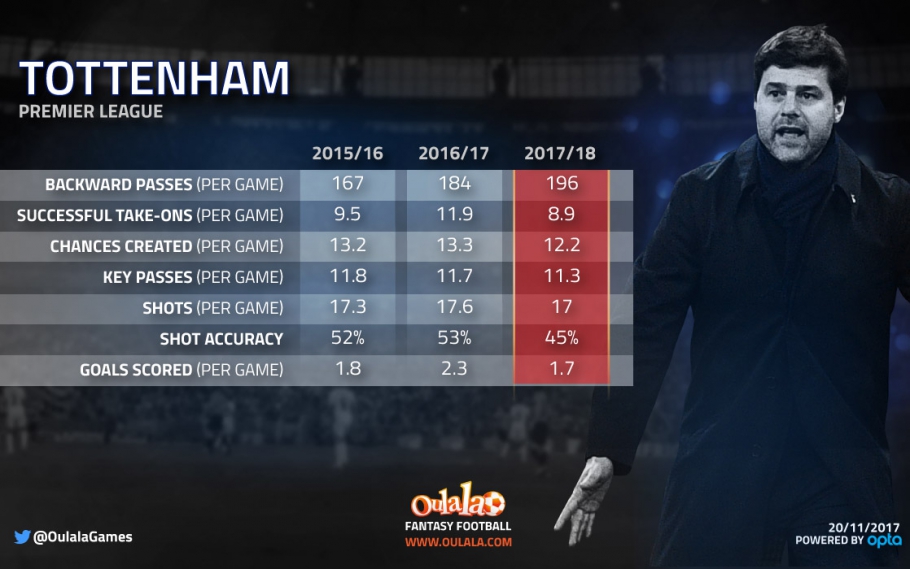 Spurs are making more backward passes (196) in the Premier League, on average, per game this season than in the last two years.

Furthermore, Pochettino’s men are under-performing in front of goal. too.

They have recorded fewer shots per game (17), with their lowest accuracy (45%) for three years. Unsurprisingly, this has affected their scoring, netting an average of 1.7 goals per game, less than in either of their previous two Premier League seasons.