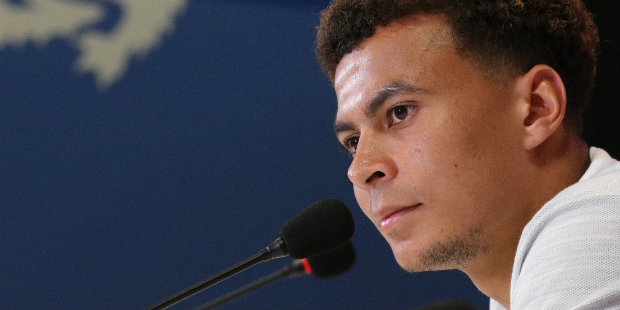 Dele Alli has recovered from his hamstring injury in time to face Manchester City on Monday.

The Tottenham midfielder has missed the last four games with the problem, but is back in the fold for the match at Wembley.

Rose is recovering from a groin injury, while Vertonghen is facing several weeks out of action with a hamstring problem.

Spurs boss Mauricio Pochettino said he would not rush Alli back into the squad too soon, though.

He said: “Yes, I think it’s good news, but we need to be careful.

“He started today with the group. Sure we hope he will be available for Monday, but I’m not sure if we’re going to put him in the squad or not.”

Pochettino also offered his support to goalkeeper Hugo Lloris, who was sent off in the disappointing 2-2 Champions League draw with PSV Eindhoven.

“Things happened and you cannot change,” said the manager. “He was important in games like Newcastle, Fulham, Manchester United, West Ham.

“In the games we won he was important. He didn’t play and we lose games. We have short memories in football. After Watford (when Spurs lost 2-1) I remember: ‘Oh we miss Hugo’.”