After two brilliant seasons, Tottenham’s Dele Alli has looked short of his best so far this term.

And statistics produced by fantasy football game Oulala.com underline that Alli is definitely suffering a dip in form.

They show that in his seven league appearances, Alli has made more unsuccessful touches (26) than any other player in the top flight.

The England midfielder has also lost possession 21 times – that’s the second most by any player in the Premier League. Only Swansea City’s Jordan Ayew has been dispossessed more times (24). 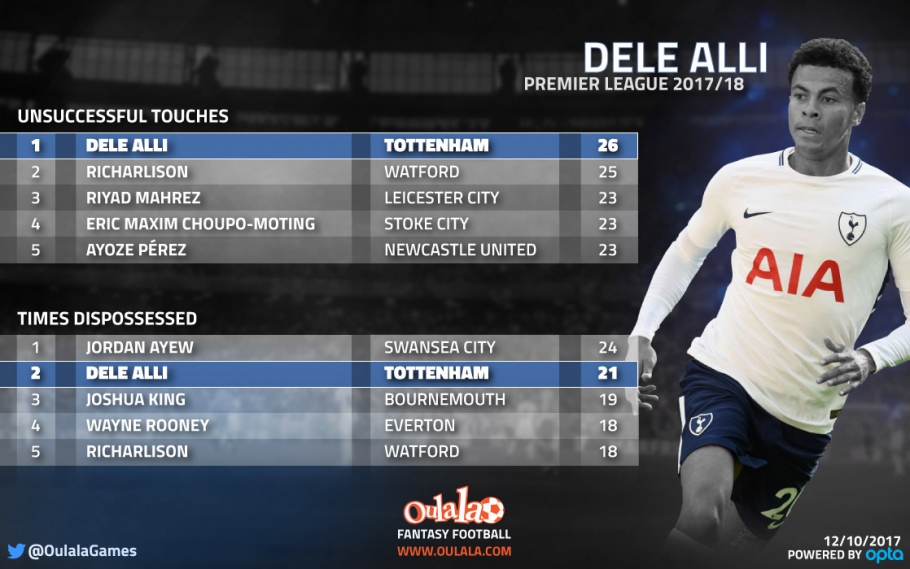 Those are worrying stats for Tottenham fans, who will be hoping to see the hugely talented Alli return to his best form as soon as possible.

Spurs return to action after the international break with a game against Bournemouth at Wembley on Saturday.