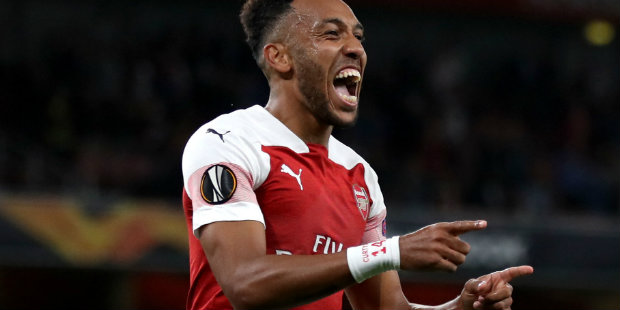 Arsenal could be set to keep Pierre-Emerick Aubameyang despite speculation over his future.

The striker’s contract at the Emirates Stadium is due to expire next summer and he seems unlikely to sign a new deal.

Several clubs – including Chelsea – have been linked with him amid reports that Arsenal could be forced to sell rather than risk losing him on a free transfer.

However, The Sun now reports that Arsenal are ready to hang onto him if their asking price is not met when the transfer window opens.

That could risk losing him on a free further down the line, but the Gunners are reportedly nevertheless determined not to sell him on the cheap.

Meanwhile, Danilo Pantic is reportedly set to turn down the offer of a new deal at Chelsea and look to leave the club.

The Express have picked up on reports that Chelsea are ready to offer him a three-year extension even though he has not made a first-team appearance for them since being signed from Partizan in 2015.

Serbian newspaper Telegraf have reported that Pantic, whose current Chelsea contract runs until 2021, is seeking a move back to Partizan.

The Daily Mail have picked up on reports in Spain claiming that Chelsea and Manchester United now face competition for Jadon Sancho from Real Madrid, who are apparently also interested in him.

The Daily Express say Chelsea will battle with Manchester City in a fight to sign Inter Milan youngster Lorenzo Pirola.

Tottenham have again been offered the chance to sign Inter Milan midfielder Matias Vecino, according to the Daily Star.

And The Times reports that Spurs are still waiting to Jan Vertonghen to decide whether he will be staying beyond the end of the season.