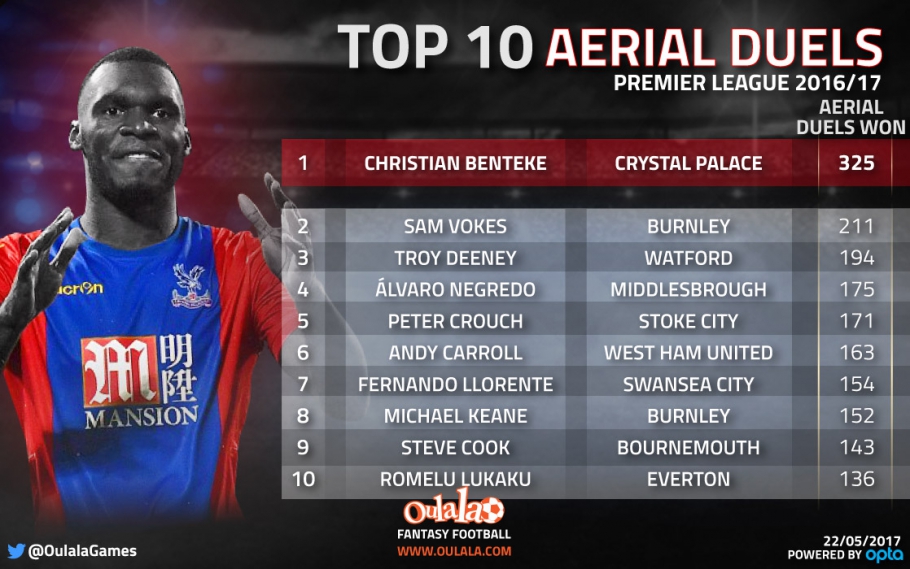 Crystal Palace striker Christian Benteke was by far the best player in the air during the Premier League season, statistics show.

Stats released at the end of the season also show that Benteke’s Palace team-mate Wilfried Zaha was the Premier League’s best when it came to taking on players – and was the most fouled player in the division. 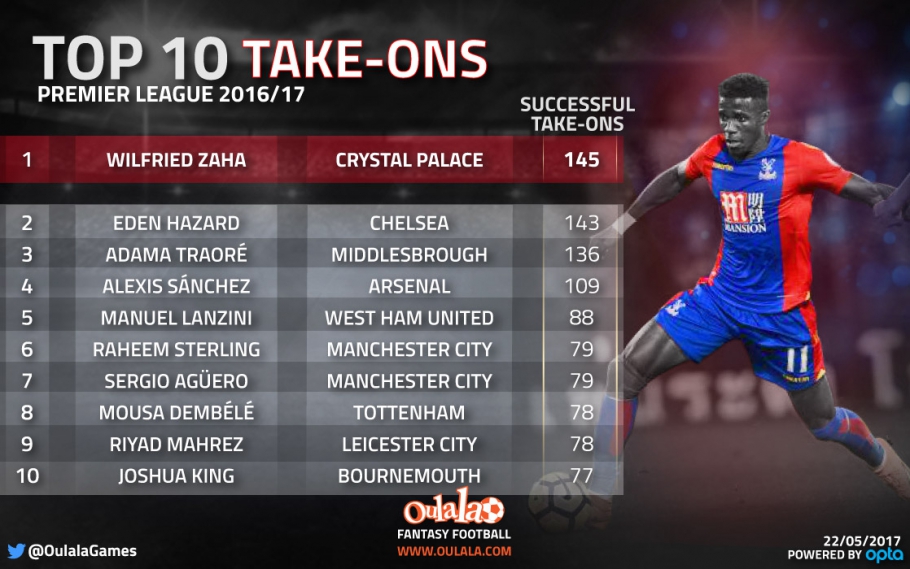 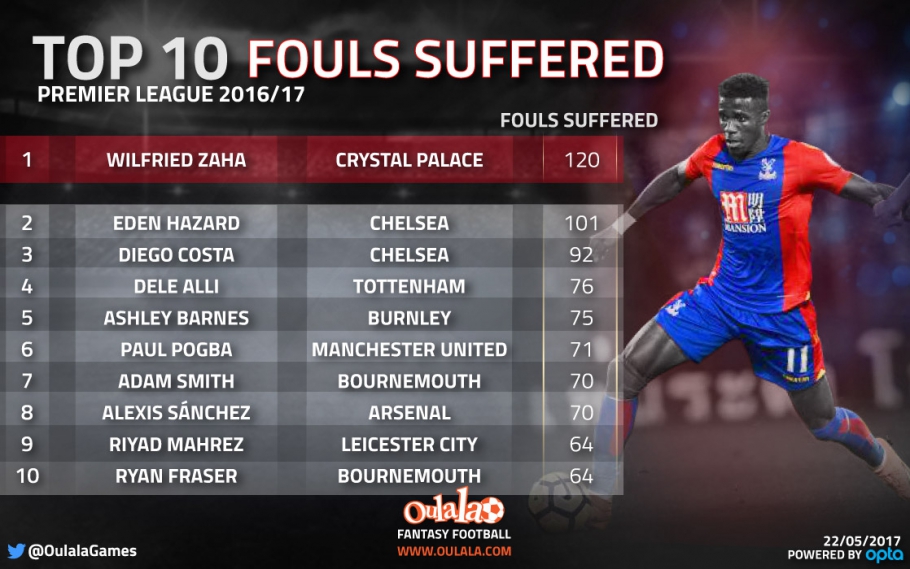 Arsenal’s Alexis Sanchez registered the most through balls during the campaign, statistics also show. 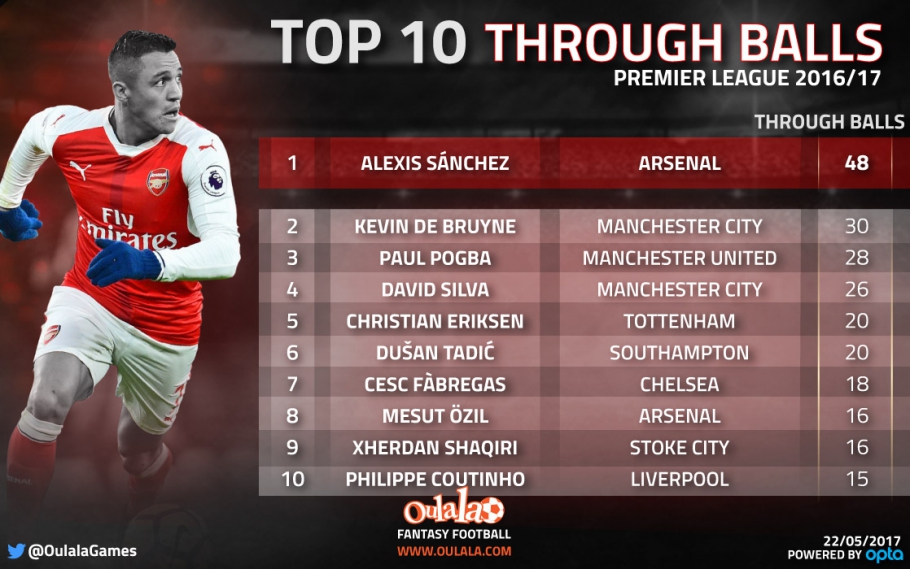 Stats show the Chilean’s 48 through balls over the course of the campaign came out at an average of 1.3 per game in his 38 appearances.
That is significantly more than Manchester City’s Kevin De Bruyne, who appears second on the list.

Tottenham’s Christian Eriksen was the Premier League’s most creative player over the course of the season, stats also show. 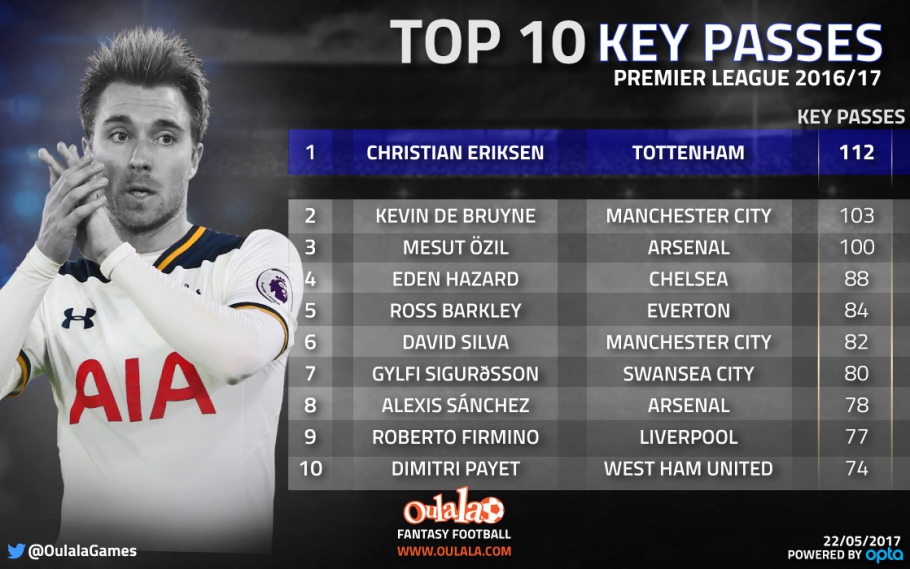 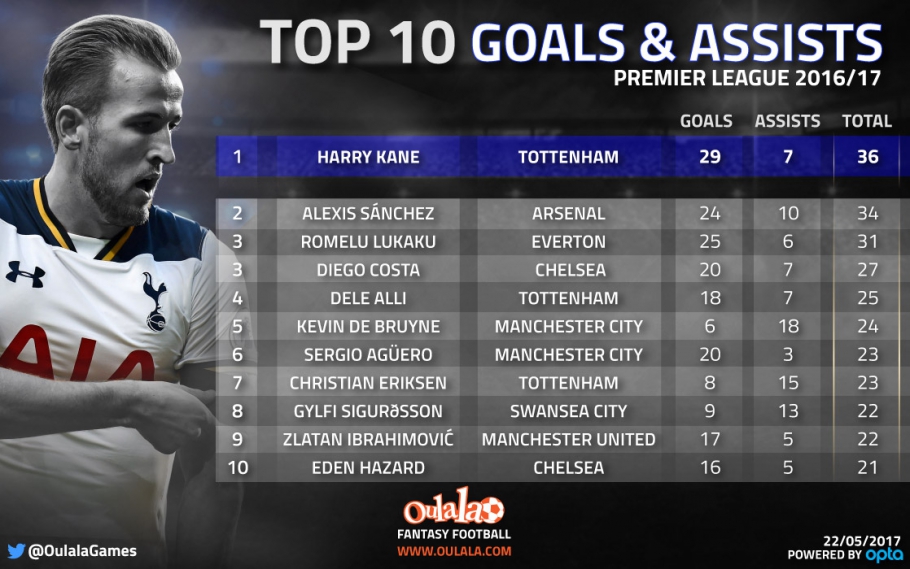