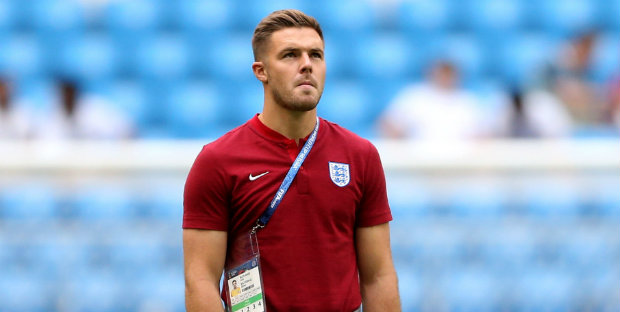 © Tim Goode/PA Wire
Crystal Palace are leading the race to sign Stoke City’s England goalkeeper Jack Butland, according to The Sun on Sunday.

Butland has been tipped to leave Stoke at the end of the season and several clubs have been linked with him.

It is claimed that Palace, whose manager Roy Hodgson has been looking for a keeper, are in pole position to sign Butland for £15m.

Meanwhile, West Ham are set to sign Jonjo Shelvey from Newcastle in the summer, according to The Sun on Sunday.

The Hammers were tipped to sign Shelvey during the January transfer window but Magpies boss Rafael Benitez was keen to keep him at St James’ Park.

But The Sun on Sunday say Shelvey – a Hammers fan as a boy – is heading for a £20m move to the London Stadium after falling further down the pecking order of midfielders at Newcastle.

The Sunday Mirror again suggest Real are lining up Eriksen in a deal which could see former Spurs star Gareth Bale return to north London.

The newspaper say Real are willing to offer Spurs Bale in exchange for Eriksen, whose contract expires next year.

It comes amid reports in Spain that Bale is set to leave at the end of the season.

And Fifa could prevent Chelsea spending £200m and appointing Zinedine Zidane this summer, also according to The Sun on Sunday.

The Sun have recently been claiming that Zidane is interested in taking over from Maurizio Sarri at Stamford Bridge but wants money to spend.

Chelsea were recently hit with a transfer embargo by Fifa for breaching rules over the signing of young players but reports suggested they could still spend this summer while an appeal by the club is heard.

However, it is now claimed there might not be such a delay and that Chelsea’s chances of signing players, and therefore bringing in Zidane as boss, could be scuppered.