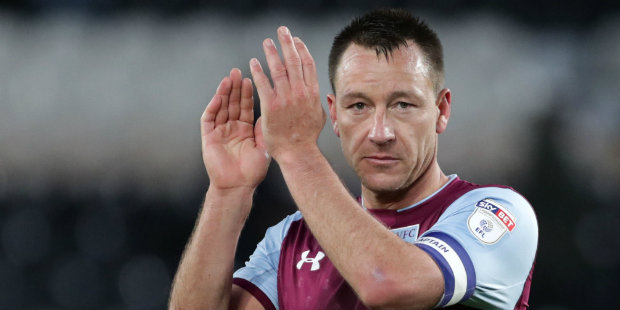 Former Chelsea captain John Terry has turned down a move to Spartak Moscow after deciding it was not right for his family.

The Barking-born 37-year-old is understood to have a medical in Rome ahead of a proposed deal with the Russian club, chronicling it on his Instagram story, but has since had a change of heart.

Terry has been without a club since leaving Aston Villa at the end of last season and could now return to the Championship side.

Again taking to Instagram, Terry said: “After considerable thought, I have decided to decline a contract offer from Spartak Moscow.

“I would like to take the opportunity to thank Spartak and wish them and their supporters well for the rest of the season.

“They are an ambitious club and I have been very impressed with their professionalism.

“But after assessing this move with my family, we’ve decided this is not the right move for ourselves at this time. Good Luck Spartak.”

Terry left Villa after they lost the Championship play-off final to Fulham at the end of May and has been on the look-out for a new club, keeping himself fit over the summer.

He has received several offers and has been linked with a return to Villa Park, with Steve Bruce still looking for an experienced central defender.

The former England captain can still sign for any club despite the transfer window being shut as he is a free agent.