Thomas Tuchel’s attempts to compete on all fronts could well see Christian Pulisic given a second start in three games when Chelsea take on Sheffield United in the FA Cup quarter-finals at Stamford Bridge on Sunday.

The American winger has barely featured in the German head coach’s 13-game unbeaten start as boss but started against Leeds United in the last game and looked lively throughout.

With safe passage to the last eight of the Champions League assured and an international break looming, the Blues have a brief interlude before the season gets truly hectic.

Tuchel’s eagerness to rest players to avoid injury has shone through during his brief tenure but he has also been very open about how much he wants to win the FA Cup.

The last tie against Barnsley saw several players rested but expect a very strong line-up with an inevitable smattering of changes to keep players fresh as the Blues management team look to delicately balance their selection. And although the defensive options are limited because of injury this time around, Pulisic is one of a number queueing up to start further forward.

The return of Mason Mount after his ban seems likely and if Olivier Giroud is recalled and Pulisic gets the nod, then Timo Werner and Kai Havertz, with their German involvement in mind, may be the men to miss out.

Jorginho is also back after suspension and the need to manage N’Golo Kante could see the former restored alongside Mateo Kovacic.

With Thiago Silva still out and Andreas Christensen a doubt, Reece James is an option as a centre-back in the back three but although Cesar Azpilicueta could be given given a rare rest, the Spaniard’s lack of international involvement may see him start alongside Kurtz Zouma and Antonio Rudiger.

Callum Hudson-Odoi’s pace and attacking threat could be preferred at right wing-back while Ben Chilwell, Marcos Alonso and Emerson are all vying to start on by the opposite flank. 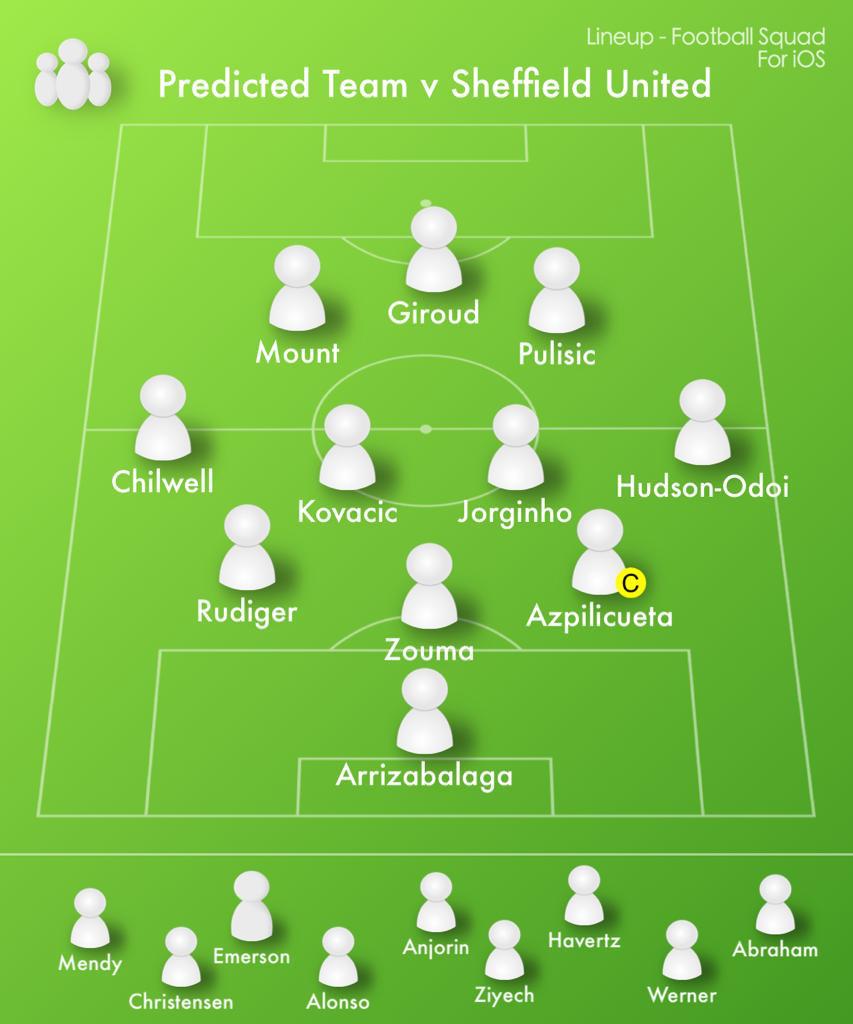