Thomas Tuchel is likely to revert to type as Chelsea prioritise keeping a clean sheet in the first leg of their Champions League quarter-final against Porto at Stamford Bridge on Wednesday.

But although the freak result was largely down to Thiago Silva’s red card when Chelsea were leading 1-0, Tuchel was still appalled by the way his side abandoned their shape and lost discipline.

The biggest call in the back three will be between Andreas Christensen and Silva. The latter’s experience could well see him preferred, with tried-and-trusted duo Antonio Rudiger and Cesar Azpilicueta completing the unit.

Marcos Alonso and Reece James should occupy the wing-back roles, with their aerial ability a big factor against a side who are fallible from set-pieces. So Ben Chilwell is likely to miss out again.

Tuchel has confirmed N’Golo Kante will be on the bench so Jorginho and Mateo Kovacic will likely continue in the “double six” roles.

Up front Olivier Giroud’s nous and presence may well see the Frenchman start and, with Mason Mount’s inclusion a certainty, that leaves just one position.

The misfiring Timo Werner seems the favourite to get the nod, with his pace and movement still impressive despite the poor goals record.

Of all the other attacking options, Kai Havertz seems the most obvious to force his way in with Tuchel seemingly still not convinced by the fitness of Christian Pulisic or the consistency of Hakim Ziyech or Callum Hudson-Odoi. 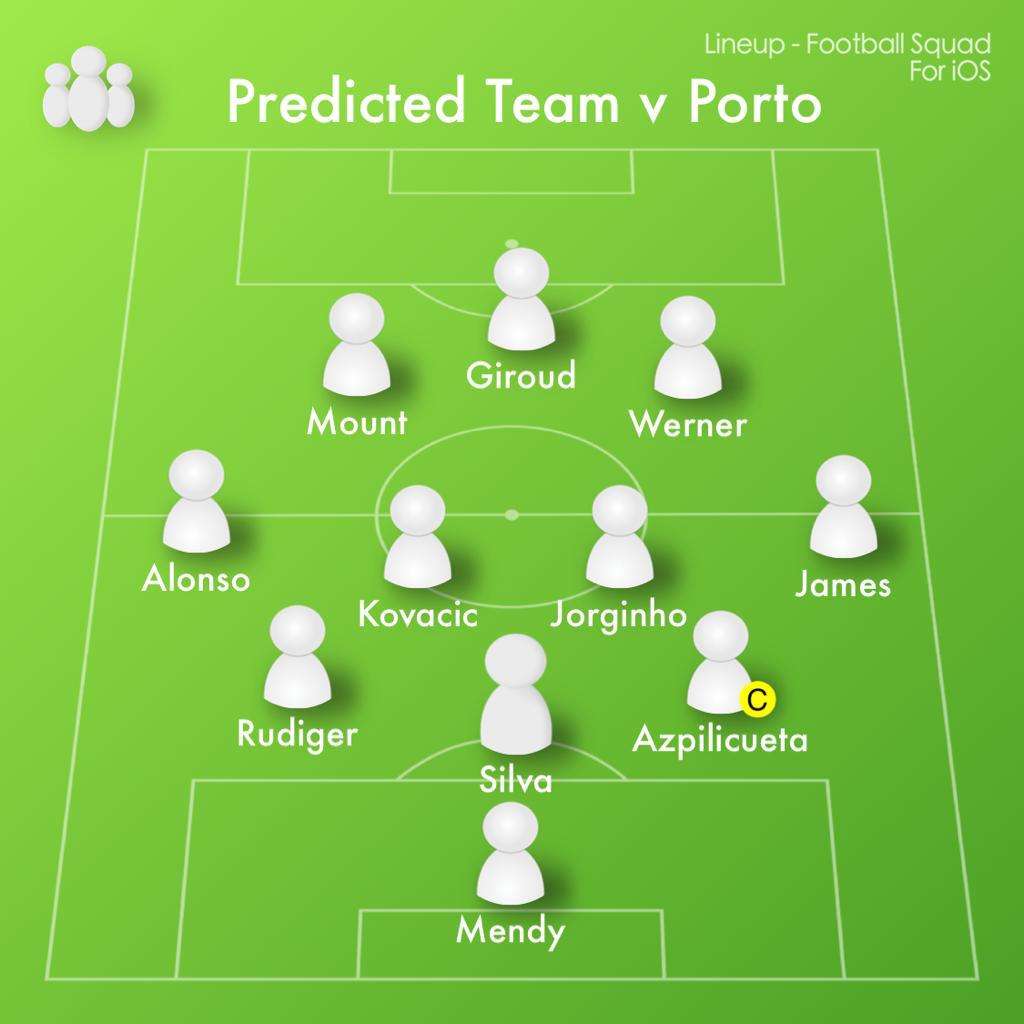