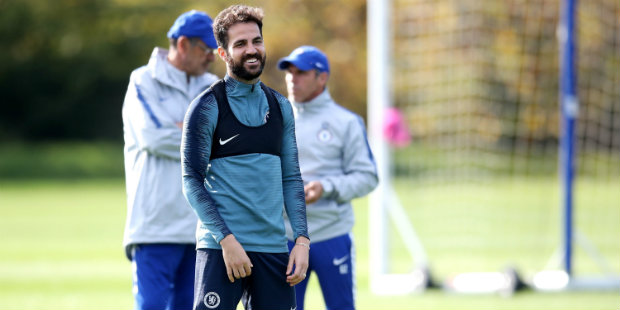 Former Chelsea midfielder Cesc Fabregas still expects manager Maurizio Sarri to leave the club despite the Italian guiding them to Europa League glory and qualifying for next season’s Champions League.

Sarri’s side thrashed Arsenal 4-1 in Baku, Azerbaijan to win the trophy for a second time amid constant speculation the Italian would be sacked whatever the result.

Fabregas, who left Chelsea in January after a five-year spell at Stamford Bridge, told BT Sport: “Me without any information I don’t think he will be the manager next season.

“With Sarri he bought Jorginho, he bought Kovacic and it was a huge change. With Conte we were playing different football. We were playing five at the back for two years with systematic football.

“He came in and in a small period of time in pre-season he wanted to play 4:3:3, have the ball and maybe at times be a little bit conservative without enough offensive football.

“But he did have a huge change in front of him and was able to do the season and make the Champions League. Winning the Europa is a huge lift for himself and the club.”

Sarri is set for talks with the club about his future.

If he stays he will be without Eden Hazard, who confirmed after Wednesday’s final that he is set to leave Chelsea and join Real Madrid this summer.