The Blues are protecting a 1-0 advantage against the Spanish La Liga side but Tuchel will be without two men he has described as “key players” for the game at Stamford Bridge.

Mateo Kovacic is therefore likely to partner N’Golo Kante in the ‘double six’ role, with the smart money on Timo Werner returning to the starting line-up having – like Kovacic – been left out against Leeds United on Saturday.

Olivier Giroud’s nous and big-game experience is likely to see the first-leg match-winner starting up front, leaving just one other attacking role up for grabs, which is most likely going to be filled by Kai Havertz.

But Christian Pulisic, Hakim Ziyech and Callum Hudson-Odoi are all in the mix if three games in a row is considered too much for Havertz.

Pulisic impressed in the game with Leeds at Elland Road, while Ziyech’s extra vision and creativity in a tight game and Hudson-Odoi’s freshness and dribbling ability could see him force his way in.

Marcos Alonso and Reece James – another pair omitted on Saturday – seem the favourites to play as wing-backs, with their height and aerial ability providing greater security at set-pieces. 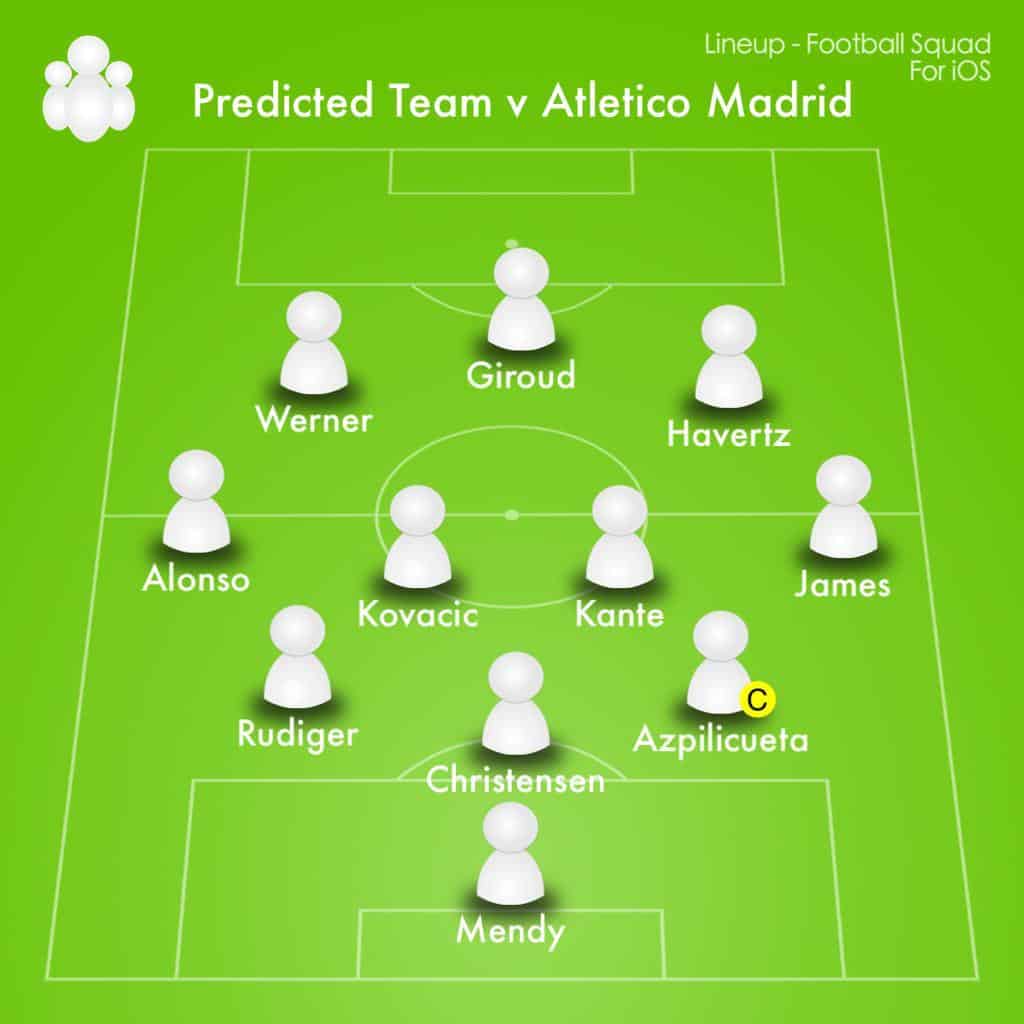