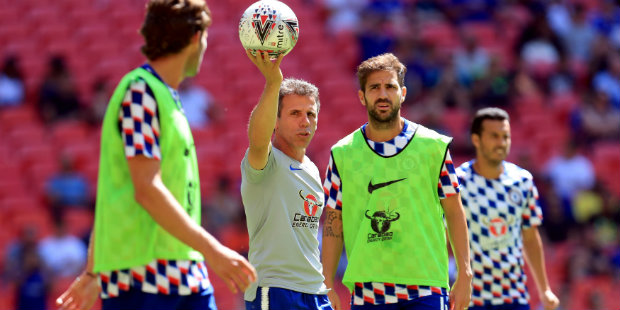 Chelsea’s Cesc Fabregas could be asked to train rather than sit on the bench for Saturday’s Premier League clash with Cardiff.

The playmaker is fit again following a knee injury, but may not be considered by boss Maurizio Sarri just yet.

England midfielder Ruben Loftus-Cheek is a doubt with a shin injury, although he has featured sparingly for Chelsea this season, while Emerson Palmieri and Davide Zappacosta (both illness) are doubts.

Josh Murphy will be assessed before Cardiff’s side is named.

Murphy, the £11million summer recruit from Norwich, has been troubled by a slight hamstring over the last fortnight, and faces a late fitness test with manager Neil Warnock again expected to link Bobby Reid and Danny Ward in attack.

Aron Gunnarsson is still nursing a knee problem after missing international duty with Iceland and is unlikely to be risked.