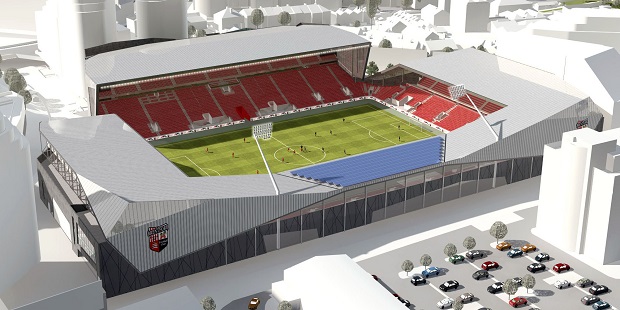 London Irish have confirmed they are looking into sharing Brentford’s proposed new stadium at Lionel Road.

It was revealed in August that the Bees had held talks with several rugby clubs, including Irish, over a potential groundshare.

Brentford plan to build a new 20,000-seater ‘Community Stadium’ on Lionel Road South, less than a mile from their current home at Griffin Park, and close to Kew Bridge.

London Irish, who have been sharing the Madejski Stadium with Reading FC since 1998, have now filed papers with the Hounslow authorities to check if permission would be granted.

A club statement said: “London Irish has now submitted a formal Section 73 application to ascertain whether a rugby use of the stadium is possible.

“We will continue to keep supporters and stakeholders updated with any further developments.”