Hector Bellerin has attracted criticism for his performances for Arsenal this season – and statistics suggest that criticism is more than justified.

Bellerin’s stats in six key areas to have been compared to those of Manchester City’s Kyle Walker, Chelsea’s Cesar Azpilicueta, Manchester United’s Antonio Valencia, Kieran Trippier of Tottenham and Joe Gomez of Liverpool. The results are pretty conclusive.

Hellerin has made less interceptions per game than all five of his counterparts. 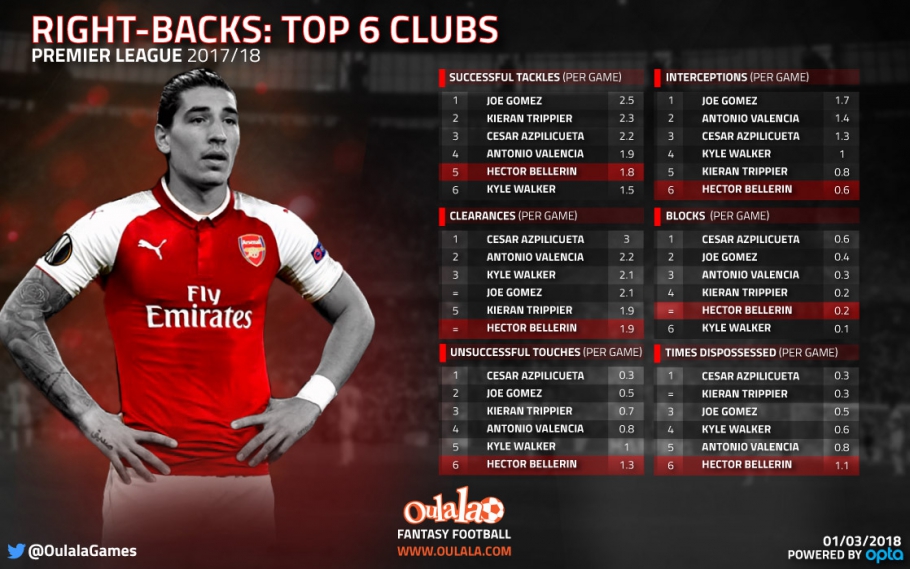 When it comes to tackles or blocks, only Walker has completed fewer, while only Tripper has managed fewer clearances.

Bellerin has also made more unsuccessful touches and has been dispossessed more times per game than any of the other five defenders. The stats really do make for grim reading.