The numbers from Opta do not back up former Gunners defender Martin Keown’s claim that Arsene Wenger doesn’t need Mesut Ozil.

In fact, despite the goalless draw at Chelsea earned in his absence, the data shows Arsenal are far better in every department when he plays.

Oulala.com went back to the 2013-14 season to analyse how Arsenal have fared with and without Ozil in the Premier League. 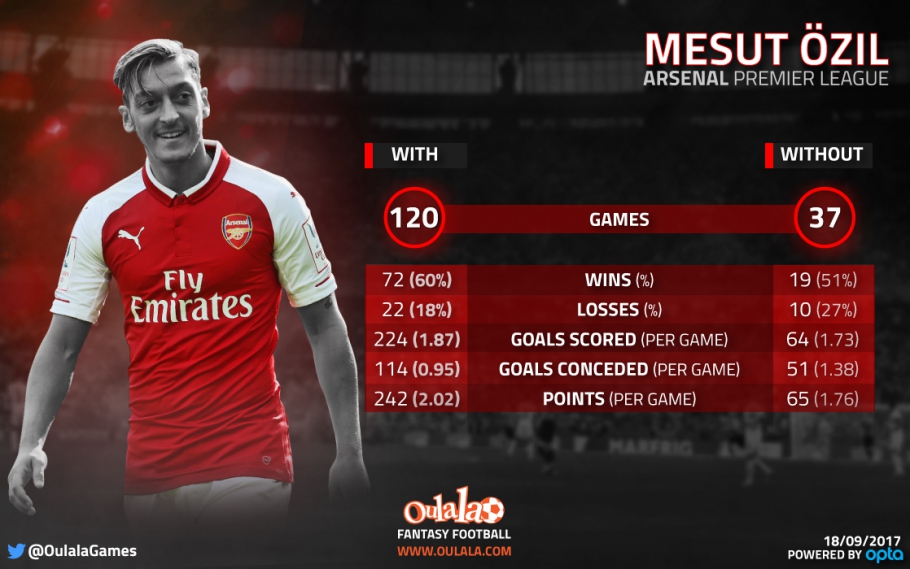 Overall, the Gunners register more points per game (2.02) when Ozil features, to 1.76 when he doesn’t.

Does Keown really still believe that Arsenal are better without Mesut Ozil?