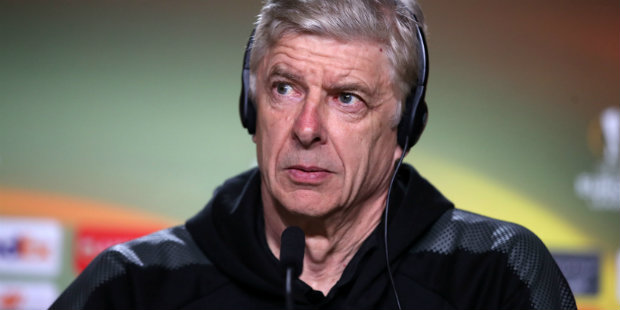 Arsene Wenger is seeking the best end to his Arsenal “love story” as he takes his side to Atletico Madrid looking to reach the Europa League final – when Diego Costa will be standing in their way.

This semi-final tie is well-poised following a 1-1 first-leg draw at the Emirates Stadium last week, with the visitors equalising late on having played for 80 minutes with 10 men.

Wenger will bring the curtain down on a tenure lasting over 21 years when he departs Arsenal in the summer.

He has yet to be drawn on what he will do when he steps down, but insists he will give everything to Arsenal until he leaves as he wants a good ending to his long association with the club.

“I don’t know what I will do next season,” he said.

“At the minute I think I would like to finish well my job. I believe a man has to give his best as long as he is somewhere, with all my commitment and energy I would like to walk out of Arsenal one day and think until the last day I focused only on Arsenal.

“When my job is finished at Arsenal I will see where I go from there but I want to finish this love story well.”

Arsenal need to score at least once at the Wanda Metropolitano if they are to have any chance of reaching the final in Lyon later this month.

That will be a tough ask given Diego Simeone’s Atletico have not conceded at home in 11 games and have lost just three times at their new home since taking up residency in September.

“The history has to stop somewhere,” Wenger replied when asked about the sizeable task at hand.

“That is what we will try to do. In the first game we created chances, that is why we want to create the situation where we created many chances but we didn’t manage to put them in the net.

“We have to keep the same commitment, not focus too much on the way we play. Just how we attack and build the game up from the back.”

Scoring will be one challenge but keeping Atleti at bay will also prove a tough test, especially if fit-again Costa is included for the hosts.

The former Chelsea forward proved a scourge of Arsenal during his time in England, scoring three times in six games against Wenger’s team and often proving more than a thorn in the side of the defence.

He was an unused substitute in London last week as he recovered from a thigh injury but played over an hour in Sunday’s LaLiga win over Alaves.

“In history he has shown he can make the difference,” conceded Wenger.

“He played in England and was very successful. It is our job to keep him quiet. Maybe the way is not to play too much in our half and to play more in the half of Atletico Madrid.”