Unai Emery says Arsenal cannot qualify for next season’s Champions League if they continue to drop points against the Premier League’s lesser clubs.

Gunners manager Emery saw his side’s 22-match unbeaten run in all competitions halted by a 3-2 defeat at struggling Southampton.

Spaniard Emery fears similar slip-ups will mean they fail to keep pace with their high-flying rivals.

“Our demand is very big but also the level is very high level with the other teams,” said the Spaniard.

“And if we won’t win like today, we cannot be in the top four. 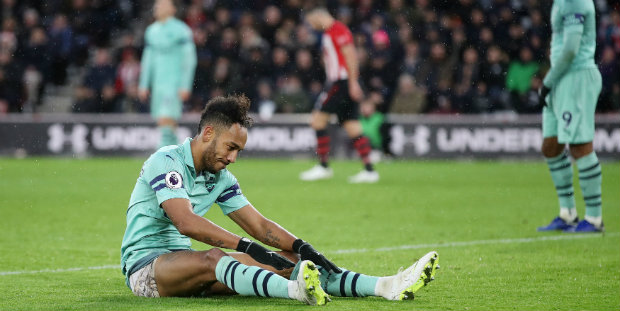 “Other teams usually they are winning but we need to do our way and continue to build. The objective is therefore top but we know it’s not easy because the other teams are at a high level.

“We need to be very, very demanding of ourselves, like we are.

“After 22 matches unbeaten we didn’t lose and we are only fifth position in the table and the reason is because other teams are very well.”

With Sokratis Papastathopoulos and Shkodran Mustafi suspended and Rob Holding injured, Emery was forced to field a makeshift defence.

Captain Laurent Koscielny, a long-term absentee with an Achilles problem, made his first top-flight appearance since April, while midfielder Granit Xhaka was selected as a left-sided centre-back.

Despite conceding three times from crosses into the box, Emery said he was satisfied with the performances of his defenders and was pleased to see Koscielny come through unscathed.

“I think they worked very well,” he said of his backline.

“Chances for them (Southampton) not a lot, but their efficiency today is good.”

The Gunners also lost Hector Bellerin to a calf injury on the south coast.

Speaking about the right-back’s problem, Emery added: “He has a small injury but I think he’s going to be some weeks off.”