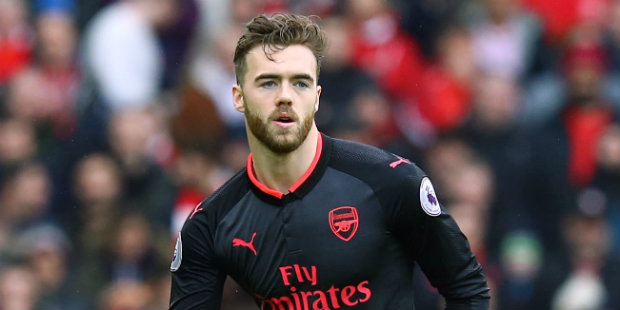 Calum Chambers has signed a new “long-term” contract at Arsenal, the club have announced.

The 23-year-old made 24 appearances for the club last season and has been handed a fresh contract ahead of the new campaign.

Chambers will be hoping to impress Unai Emery during pre-season as he fights for a regular place in the Arsenal defence, with the new head coach pleased to have the England international on board.

“I’m delighted Calum has extended his stay with us. He played an important role last season and will be part of my plans this season,” he told Arsenal’s official website.

Chambers, who picked up the last of his three England caps almost four years ago, moved to the Emirates Stadium from Southampton in the summer of 2014.

He spent the 2016-17 season on loan at Middlesbrough but could not help them avoid relegation back to the Sky Bet Championship.

Last summer he was heavily linked with a move to Premier League rivals Leicester but remained at Arsenal and played a large part in their run to the Europa League semi-finals under Arsene Wenger.

West London Sport recently reported that newly-promoted Fulham were keen on Chambers, but his long-term future appears to be in north London.