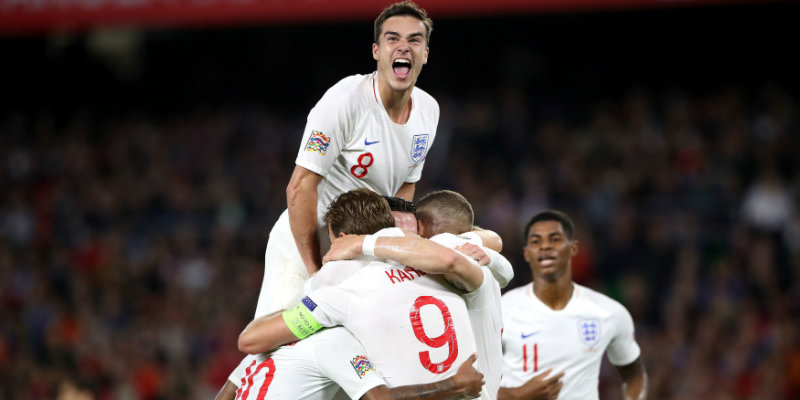 Harry Winks was given an opportunity by England manager Gareth Southgate in Monday’s Nations League victory over Spain in Seville. And the Tottenham midfielder, back after injury, and earning his second cap, certainly took his chance to impress.

Winks came into the side for Jordan Henderson and took up position in a three-man midfield with Eric Dier and Ross Barkley. He fitted comfortably into what was a fluid system. While Dier remained central, he and Barkley alternated which side of the field they operated in. Winks naturally gravitated towards the centre on numerous occasions but England did not lose their shape.

With the players around him excelling, Winks found himself on the periphery of a lot of the main action. He did not get many opportunities to get on the ball and to try to pull the strings but he did not give the ball away cheaply.

There was no doubting the Spurs midfielder’s determination. Winks got up and down the field a lot and was always quick to try to close down opponents. He was wrong-footed at one point by the skill of Thiago Alcantara but he did not shirk defensive responsibilities. He showed his emotional involvement in the game when he attempted to push away protesting Spain players from the referee after the hosts were denied a penalty.

Winks had big boots to fill in those of Henderson and parts of the game did seem to pass him by. But it would have been too much to expect him to take control in what was only his second appearance for his country and he certainly did not look out of place. With England unexpectedly dominant against one of the world’s best sides, it proved an ideal game for him to be eased into the action. He should take much from the experience.