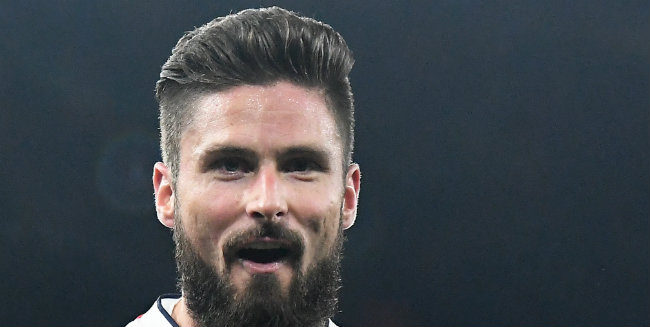 Chelsea young midfield trio of Mason Mount, Ross Barkley and 18-year-old Billy Gilmour were all in magnificent form and attracted the majority of the plaudits as the Blues romped to victory at Stamford Bridge.

But Shearer was equally impressed with his fellow forward Giroud, who has started Chelsea’s past five games and was involved in the second goal before rounding off a fine showing with a well-taken fourth goal.

“Giroud let the line superbly well and with such aggression,” Shearer said on BBC’s Match Of The Day 2 programme. “He bullied the two centre-halves; they never got near him.

“His link-up play was superb. He gave his team fantastic options when they were feeding him. He was too strong for both centre-halves. They let Giroud take the ball and turn.

“He gave the defenders a torrid time all afternoon and he got the goal his performance deserved. He was absolutely fantastic.”

France striker Giroud, 33, was strongly linked with a move away from the the club in January and has only made 12 club appearances this season, with six of those coming since he came on in the home defeat against Manchester United on 17 February.

He started and scored in the 2-0 win over Tottenham five days later and his appearance against the Toffees was just his Premier League start in total this season.

“He is selfless and then you must have runners and energy around him to make the most of it and stick balls in the box like we did for his goal,” Lampard added. “He is a personality and we need that.”