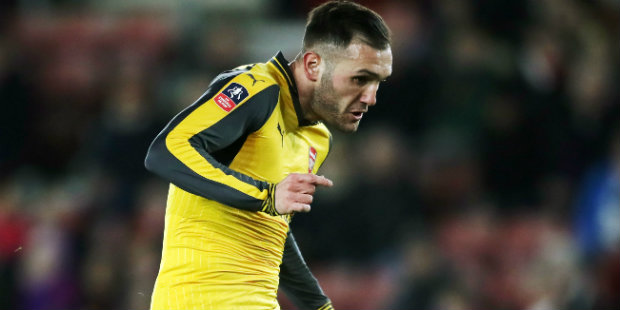 West Ham have confirmed the signing of forward Lucas Perez from Arsenal on a three-year deal and have signed Carlos Sanchez from Fiorentina.

Perez (pictured), 29, joined Arsenal from Deportivo La Coruna in August 2016 and spent last season on loan back at the Spanish club.

He was unable to establish himself as a first-team player at Arsenal and was widely tipped to move on this summer.

The striker said on West Ham’s official website: “I’m very excited, as West Ham are giving me the chance to stay in the Premier League and I’m very happy to be part of this new project. I’m very motivated.”

Colombia international Sanchez, previously of Aston Villa, has signed a two-year contract after a deal was agreed with Fiorentina ahead of the transfer deadline.