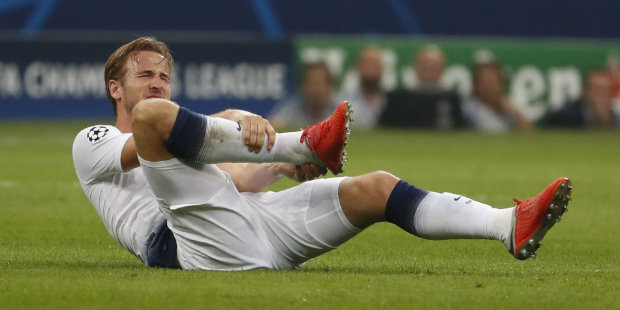 Son Heung-min, who has had a brilliant season and was excellent for Spurs when Kane was previously sidelined, is expected to lead the attack in the absence of the England captain.

Speaking at a press conference on the eve of Spurs’ Champions League showdown with Manchester City, boss Pochettino said his players needed to step up in Kane’s absence.

He said: “Son is doing a fantastic job this season. Since November I’ve been so happy with him. Before that he was involved in the Asian Cup and it was difficult for him.

“It’s not just about Son. Without Harry Kane, the players need to step up. With Harry Kane, Son was doing a fantastic job.

“Now I think we need, like always, a collective effort and to be strong and have the belief and the mentality to fight.”

Spurs are hoping to have Dele Alli back at the Etihad Stadium, where they lead 1-0 from the first leg.

Alli has been out with a hand injury but is in the squad for the trip to Manchester.

“We need to assess him,” Pochettino explained. “We are going to have the last training session and then we have to decide whether it is possible for him to play from the start or be on the bench.”