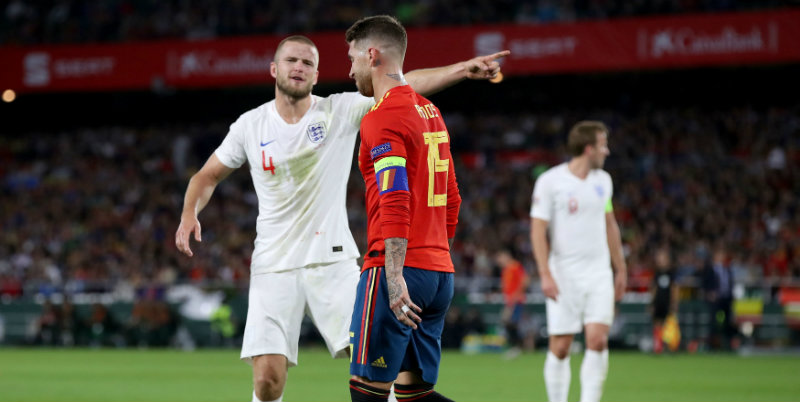 England pulled off a brilliant victory in Seville, where they beat Spain 3-2. Players from Tottenham and Chelsea were involved in the Nations League clash – here’s how we rated each of the London contingent.

The Tottenhman man had no chances to show his set-piece prowess as he appears to be sharing right-back duties with former Spurs team-mate Kyle Walker.

Spurs’ Dier was unfairly booked for a crunching challenge on Sergio Ramos but marshalled the midfield from deep. A good display.

Another of the Tottenham contingent, Winks slipped into the midfield with ease as he collected just his second cap, with more surely coming his way.

An international return to remember and a sublime pass for Marcus Rashford’s second goal just shows what the Chelsea man can offer at this level.

Still waiting for his first England goal in seven caps, but the Tottenham striker was superb and played a massive part in two of the goals.

Not a good night for the Chelsea full-back, who forlornly appealed for offside as Raheem Sterling got inside to put England in front having seen an early, point-blank effort saved. Hit the bar in stoppage time.

The Chelsea forward was Luis Enrique’s last throw of the dice but could not react quickly enough to turn home from close-range in the closing stages after coming on as a substitute.