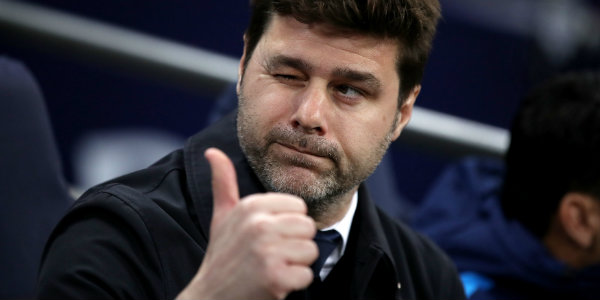 Tottenham manager Mauricio Pochettino says Dele Alli will remember his Milton Keynes homecoming for the rest of his career.

Alli, captain for the night, scored the winning penalty as Spurs’ venture to Stadium MK ended in a 4-2 penalty shootout win against Watford in the Carabao Cup.

The England international, who was born in the town and joined Spurs from MK Dons, also scored from the spot in normal time as a mad finish saw it end 2-2 after 90 minutes.

Watford had taken the lead 39 seconds into the second half through Isaac Success, but Alli and then Erik Lamela struck in the space of four minutes near the end before Etienne Capoue’s late effort sent it to penalties, where Alli had the decisive say.

“It is difficult for him to have another possibility to play here again in the future in his career and I wanted to provide him a very good feeling.

“I hope he appreciates a lot my gesture.

“He was inspired by the occasion, to play here he was so excited the energy in the previous day was amazing.

“We can feel here the love that the people feel for him and that was fantastic for us.

“For him it is an experience he will remember for all of his life. To be Tottenham captain and score is a fantastic night for him.”

Spurs were playing at the home of Alli’s former club as their new stadium is not ready and Wembley was not available.

Over 23,000 fans made the journey 50 miles north for the game and Pochettino was grateful.

“I want to say thank you to our fans, they need to be praised by myself on behalf of the players, the staff to come here and offer their support, they made a massive effort.

“It is important for people to listen from myself, the manager of the club, to that gratitude and then say thank you very much.

“And then to say thank you to all the town of Milton Keynes and all the club, they welcomed us in a very good way. They helped us in every way.

“We’ll see what happens with the draw. The objective was to go to the next round, we are so happy of course, it was through penalties but it was fantastic to get the positive result.”