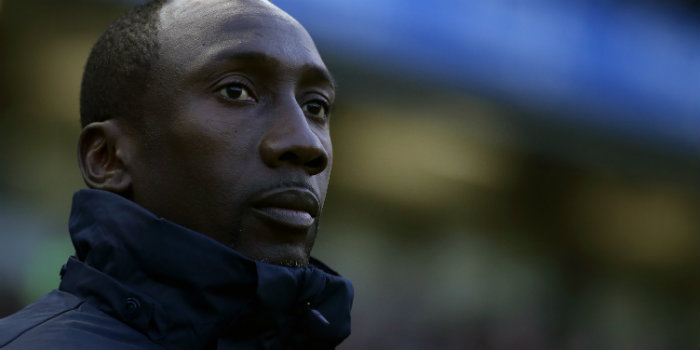 Jimmy Floyd Hasselbaink believes QPR’s problems have been caused partly by their squad not gelling yet.

Rangers were beaten at home by neighbours Brentford on Friday – the Bees’ first win at Loftus Road for 52 years.

It continued a troubled spell for the R’s and, speaking at his post-match press conference, manager Hasselbaink insisted the club’s summer signings – particularly those from abroad – need time to settle.

“When foreigners come to England they need time to settle. We’ve got one (Yeni Ngbakoto) who is injured at the moment.

“Those are the facts. But nevertheless, I expected to do a lot better (against Brentford).”

Rangers fans made their disgust clear at the final whistle, with many booing the team off.

“They want us to win more games and we feel that we need to win more, so I do understand their frustration,” Hasselbaink said.

“But frustration and pressure is not going to help the players. What we need to look at is why we win more games away from home than we do at home.”