Crystal Palace have suffered a major blow with the news that Wilfried Zaha faces a spell on the sidelines.

The Eagles star could be out for eight weeks with a knee injury he suffered against Newcastle.

And statistics from fantasy football game Oulala.com underline what Eagles fans already know – Zaha is a key player for their side and they can’t afford to be without him as they look to stay away from trouble near the bottom of the table.

Palace have lost all six of the Premier League matches Zaha has not featured in so far this season. 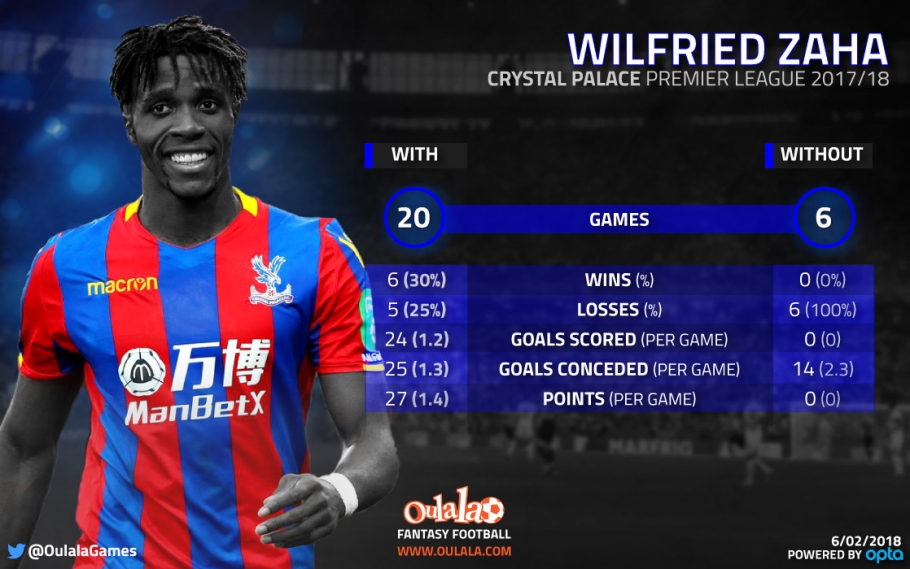 Not only that, they failed to score a single goal, as well as conceding a total of 14 – an average of 2.3 per game.

Those are worrying figures for Palace supporters, whose team are long way from the finish line in the battle to stay up. The Eagles are just three points clear of the relegation zone.