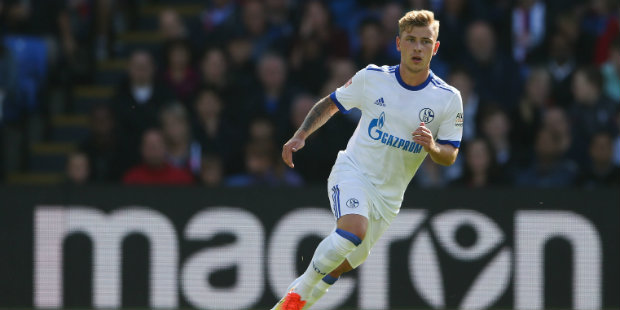 The 22-year-old, who has won four caps for Germany, although none since 2016, has signed a three-year contract at Selhurst Park.

He told the club’s website: “I feel really good and I’m happy to be here. I can’t wait to start training with the team and I hope I’ll have a good season.

“I’m proud to be here and I hope I can make the next step in my career. I want to give my best and I think we can have a good season – maybe better than the last.

“I played at Selhurst Park last season for Schalke and the atmosphere was perfect, and I can’t wait to experience the atmosphere for a Premier League game.”

Meyer left Schalke at the end of last season following the expiration of his contract, having spent six seasons at the Bundesliga club.

He made his debut as a 17-year-old, winning his first senior cap for the national team just a year later, but failed to agree a new deal in Gelsenkirchen amid reports of a fall-out with the club hierarchy.

Despite his age, he made 192 appearances in all competitions for the Royal Blues and was in the Germany side which won silver at the 2016 Olympics and the team that won the European Under-21 Championship the following year.

He is the Eagles’ third summer arrival following the signings of Vicente Guaita and Cheikhou Kouyate.