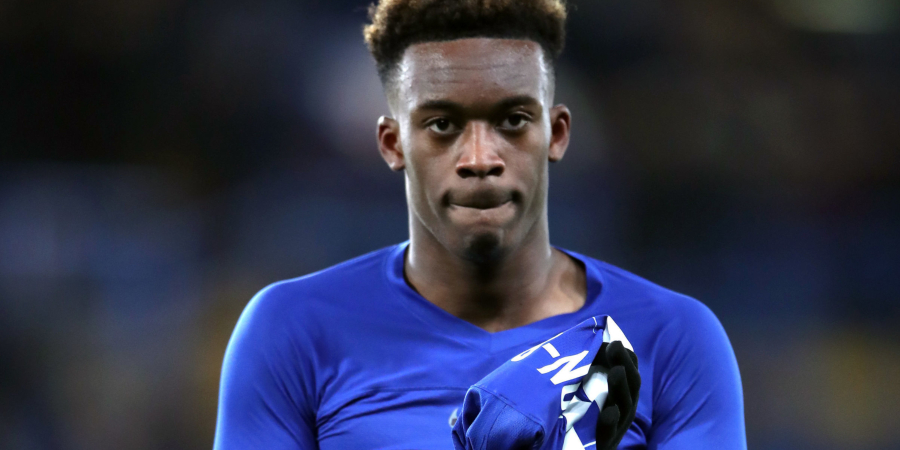 Callum Hudson-Odoi has reportedly suffered a setback in his bid to return from a hamstring injury.

The Athletic reports that Hudson-Odoi aggravated the problem during training on Thursday and is set to miss Sunday’s game at home to Everton.

The news is a huge blow for Chelsea boss Frank Lampard, who is already without the likes of Tammy Abraham, N’Golo Kante, and Christian Pulisic.

Lampard spoke at a press conference last week about the injury problems he has faced since taking over as Chelsea manager last summer.

Hudson-Odoi was out with an Achilles injury at the time and several other players have had spells on the sidelines.

Lampard said: “When we came into the club, the injuries overlapping from last year were huge: N’Golo Kante, Toni Rudiger, Ruben Loftus-Cheek was yet to kick a ball, Callum Hudson-Odoi, and Willian had an injury at the start of the season from an international.

“They were there from last year. It’s definitely been an issue and now we have another bulk.

“Christian Pulisic has now been out for two months and N’Golo Kante has played 50% of our games – and he generally plays 100% of games or there or thereabouts.

“People have looked in slightly different directions with us, with the transfer ban and the youth. But it (injuries) has been a big issue for us.

On a more positive note for Lampard, Loftus-Cheek played 90 minutes for the Under-23s this week and could be in contention for the Everton game.