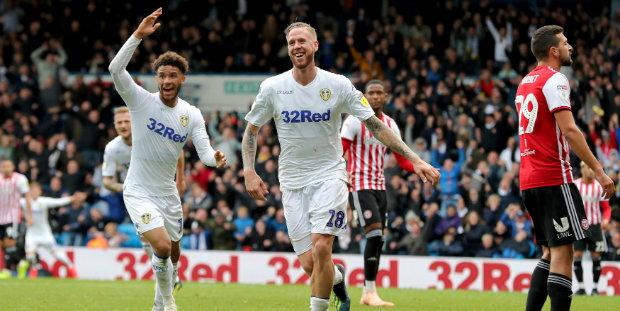 Leeds United are ready to sell Pontus Jansson because of concerns over his attitude, according to reports.

Brentford look set to sign the Swedish defender in a £5.5m deal – a move that would anger many Leeds fans.

Jansson is a popular figure at Elland Road and a move to west London would be a major surprise – and a coup for the Bees.

The Sun on Sunday say Leeds are willing to let him go because of question marks over his attitude – apparently amid interest from Sheffield United.

Jansson’s relationship with the club has reportedly broken down and it has even been suggested that he has been banned from training after a fall-out with boss Marcelo Bielsa.

The newspaper’s story appears to be largely based on tweets by journalist Phil Hay, who wrote: “There are things Leeds aren’t happy about in terms of attitude etc and I’d expect a parting of ways very soon.”

Leeds have issues with Jansson’s attitude and feel it’s the right decision to move him on from the dressing room. Bielsa is on board with the sale.

Meanwhile, Brentford have completed the signing of goalkeeper David Raya from Blackburn Rovers.

The Bees moved for Raya following the recent sale of keeper Daniel Bentley to Bristol City.

Raya joined Rovers in 2012 and helped them win promotion back to the Championship. He has signed a four-year deal at Griffin Park.