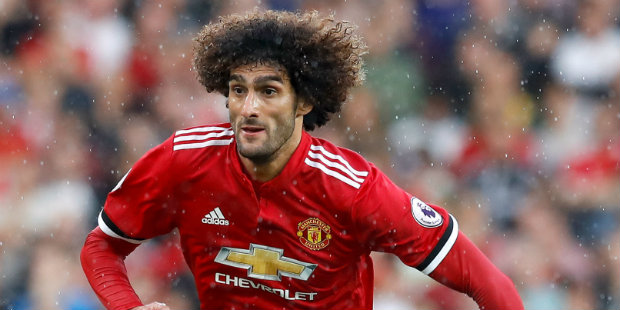 Manchester United remain hopeful of retaining the services of Marouane Fellaini despite the player’s apparent desire to leave the club.

Fellaini has been tipped to end his five-year stint at Old Trafford and join a rival club when his contract expires at the end of the month.

Arsenal are interested in the Belgian midfielder, but United are still keen to get him tied down to a new deal, with an offer remaining on the table to keep him.

Fellaini started just two Premier League games since the turn of the year and has been linked with a move away for some time.

United boss Jose Mourinho has expressed his desire to retain the services of the former Everton man, who moved from Goodison Park in 2013.

Speaking after Fellaini came off the bench to score a last-gasp winner against Arsenal in April, Mourinho said: “The position is that we are almost there but in football almost is not enough.

“I want to see the white paper with the United crest and Ed Woodward’s signature and Marouane’s signature.”